'E' is for Elephant

Well, elephant and egg carton which is what we made our little pachyderms from :-) The girls were pretty excited with these (more excited than they should have been actually, not sure if I should be worried :-D), and found a lot of different games to play with them. 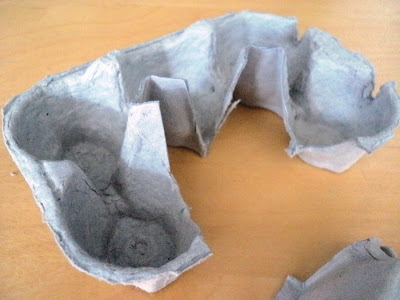 Cut a section from your egg carton as shown above. 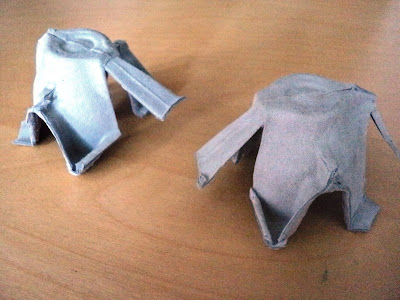 Turn it over and cut a front panel for the trunk, and a little tail at the back if you want to. One set of 'legs' will be longer than the other two, just fold the ends over to make little feet and even up the height. 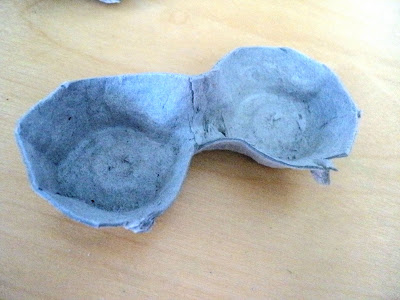 For the ears on one of our elephants we cut two more joined egg cup sections and trimmed the sides until they were quite shallow. 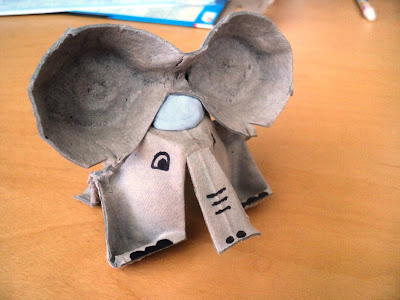 Using blutack we attached the ears and added a few details with our marker. 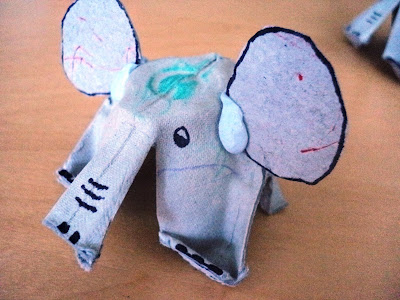 For elephant #2 we cut some ear shapes from the flat card on the egg carton lid. I liked these ones better because we could move them :-) 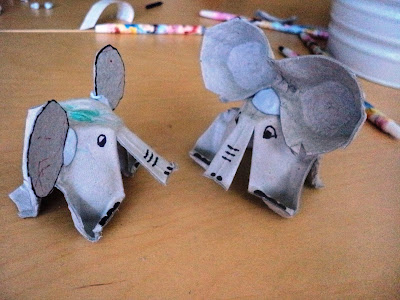