I know, I know, you'd have thought we'd had enough of balloons and rockets, but well... no :-D This activity was easy and quick to set up, and major fun. Both Bubble and Squeak thought the noise the balloon made when we let it go and the way it shot down the string were HILARIOUS, there were lots of giggles in our house today.

Other Ideas: Why not run two or more lines across the room and have races? I think this would be lots of fun for a classroom or party activity.

* thin elastic (could also use wool, string, twine etc)
* drinking straw
* scissors
* sticky tape
* balloon
* our paper rocket from our Rocket Straws activity
(this isn't necessary, we just thought it would be cool to add a rocket :-D) 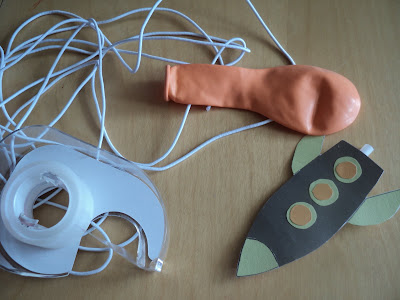 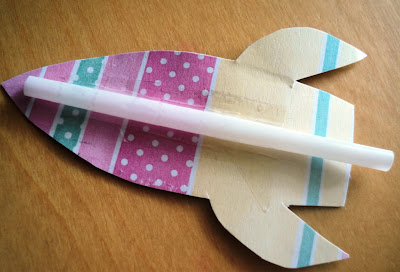 On the underside of our rocket we taped a drinking straw that had been cut in half. 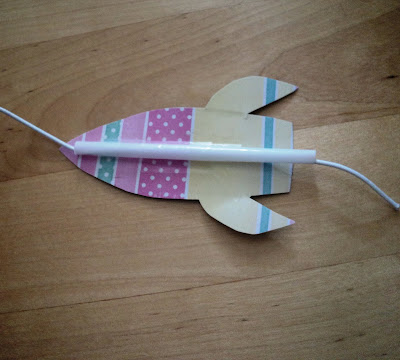 Then threaded our straw onto one end of the elastic.
If you are not using a rocket just thread your half straw onto whatever you are using (elastic, string, wool etc..). 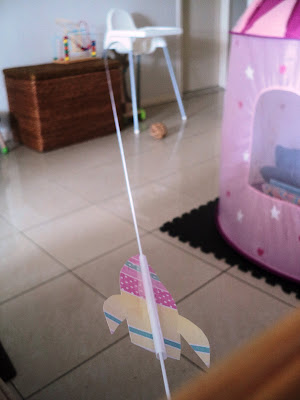 Tie your elastic/string across the room, making the straw/rocket end slightly higher than the other end. 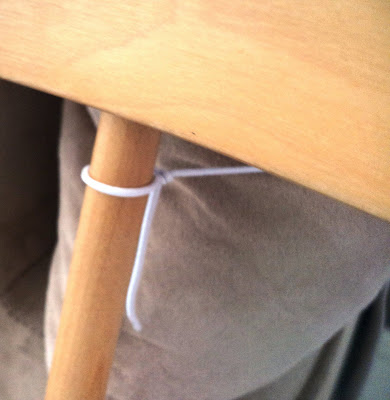 We used a kitchen chair to secure one end and tied the other to Squeak's highchair. 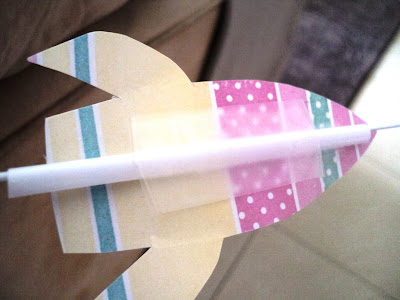 Blow up a balloon and while holding the end so it doesn't deflate press the top of it against the tape underneath the straw/rocket so that it sticks. Make sure the back of the balloon is facing backwards as shown in the photo. 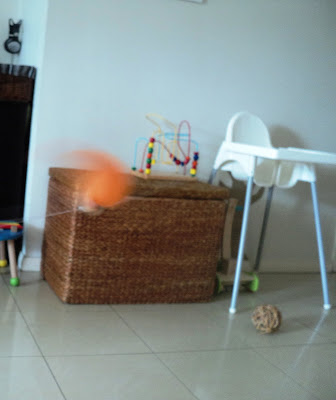 Have a countdown and let your balloon go - your rocket will shoot to the other end of the string faster than lightning (well, not really, but pretty fast :-D). 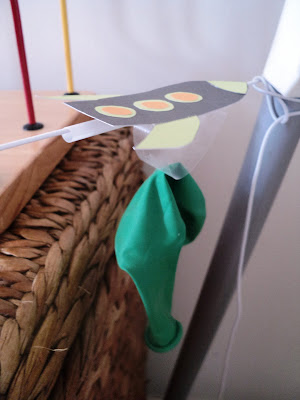 One of our rocket balloons at the end of the line.
“Come play at the Childhood 101 We Play link up”