We played a simple game today to teach categories as well as the concept of same and different.

An assortment of objects representing a range of categories. I picked out five things for each one to be mixed and matched (eg: wooden foods, toy cars and trains for transport, circular and square objects etc...) 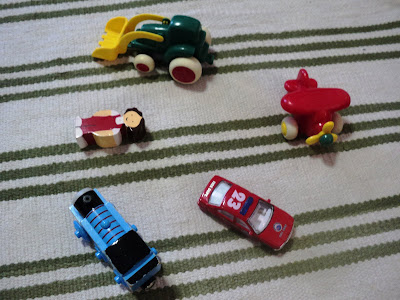 Example: Transport (odd one out was the person) 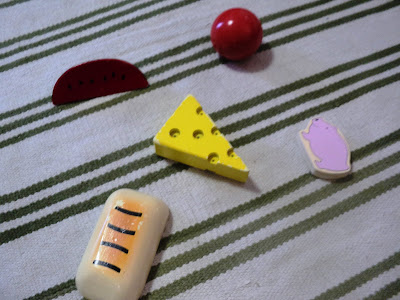 Example: Food (odd one out was the animal) 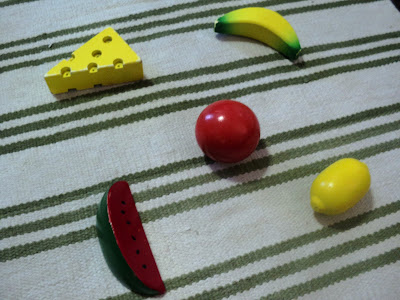 Example: Fruit (odd one out was the cheese) 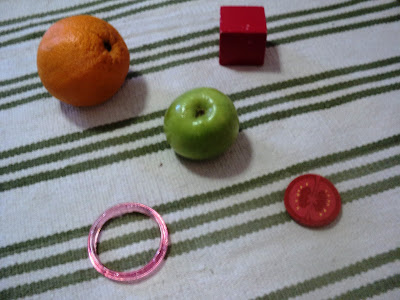 Example: Circles (odd one out was the square block) 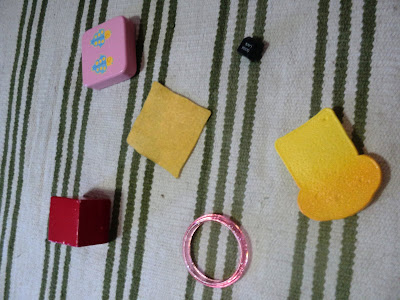 Example: Squares (odd one out was the round bangle) 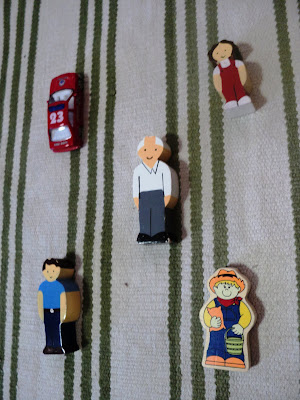 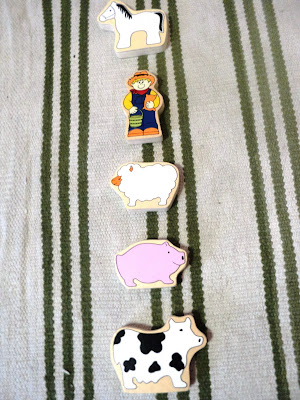