Learning Shapes At The Playground

Bubble has started Preschool two days a week recently and I'm struggling to get the timing for 'pick up' just right. I'm so worried about arriving late that Squeak and I end up with at least half an hour to kill each time. Luckily there is a great play ground just behind the school with slides and swings where we can have fun waiting.
Last week it had been raining solid and as usual we arrived way too early. The skies were clear but the play equipment was all wet and slippery, so Squeak was quickly getting bored waiting for her big sister.
She is very interested in shapes at the moment so I found a stick and drew some in the wet sawdust under the play equipment. I called out a shape and an action (ie: "jump to the circle") and Squeak would race around looking for the right one.
It was a fun way to spend a wet half an hour at the playground! 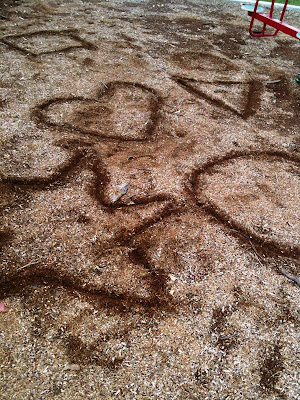 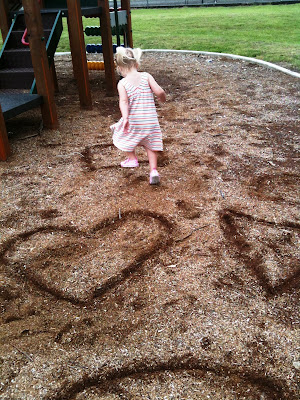 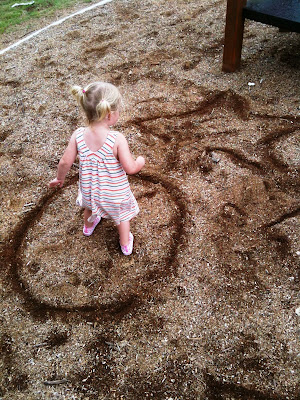 We are very excited to be involved in an amazing collaborative project this month put together by the inspiring Jamie at Hands On: As They Grow.
The Heart Project is a tribute to Jamie's (incredibly adorable) 4 year old niece Ellie who was born with a congenital heart defect. This little girl has already undergone multiple open heart surgeries and faces not only further surgeries but also a transplant in the future.
The Heart Project brings together heart-inspired ideas from over 70 bloggers around the world and presents them in a beautiful book.
The book is available as a download free with every $5 donation made to AHA or as a full colour print version for $20 with proceeds going to the American Heart Association.
This project not only inspires play but also raises awareness and funds for a very worthy cause!
With over 100 kid-related projects inside and beautiful photographs it's a wonderful way to get inspired as well as make a donation. All photographs are of projects either created for or by kids and most have links to tutorials and posts.
Sneak peek at what you can expect to find inside: 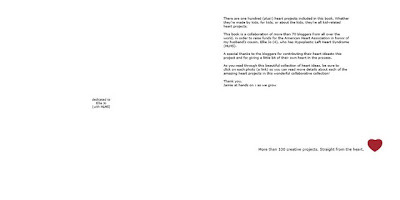 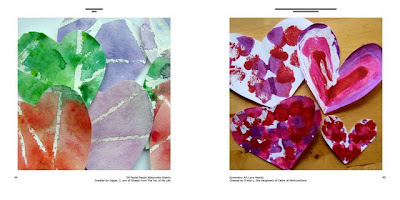 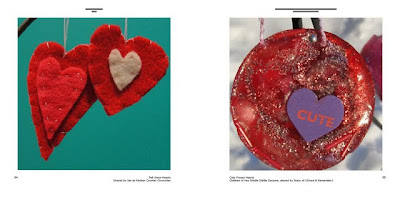 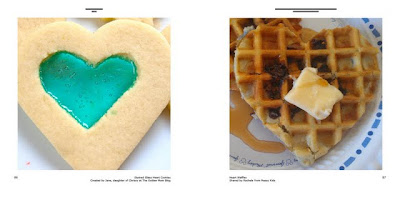 How do you get your hands on a copy of The Heart Project?The eBook is available using the button below with a donation to AHA of only US$5.

There is also a printed version of the book available for US$20 (US$5 profit donated to AHA):

US $20.00
Order the Printed Version
Alternatively you can make a donation of any amount to AHA without purchasing the book:
The goal is to reach US$1000 or more by Valentines Day! 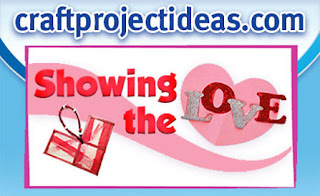 Giveaways are going to be happening every day from now until the 14th. There's more than one some days, so be sure to check them all out!These giveaways are from The Heart Project Bloggers who are very generously donating their projects (from The Heart Book), or something related to their heart project.There are also a couple special giveaways from Melissa & Doug, Fudoo Boards and CraftProjectIdeas.com.Be sure to check back each day to enter that day's giveaways!
Fundraiser Auctions:
♥ All proceeds of each auction will go to the AHA ♥