Bubble is one of those little people who cannot sit still, and mealtimes are often a bit of a battle in this regard. We don't want every breakfast, lunch and dinner to turn into a yelling match about sitting in her chair and not on the table (*sigh*) but if we let her run off after a few mouthfuls of food then she is hungry ten minutes later. We've tried lots of techniques to keep her at the table but this one has by far worked the best.
All it is is a large laminated sheet of paper. It is actually the reverse side of a wall calendar, but you can also get large items laminated at copy shops. We use this as her placemat at the table and she can draw pictures on it with a whiteboard marker while she eats, then simply wipe it clean when mealtime is over. The rule is that she can draw as long as she also eats, and it works wonderfully - she will now happily sit at the table, eat all of her food and if the fidgets get the better of her she has an outlet. 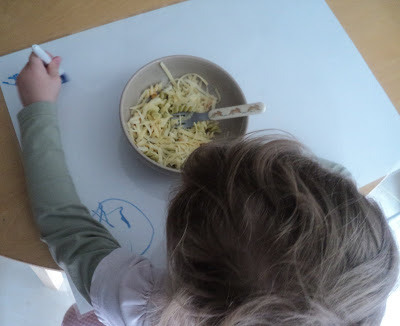 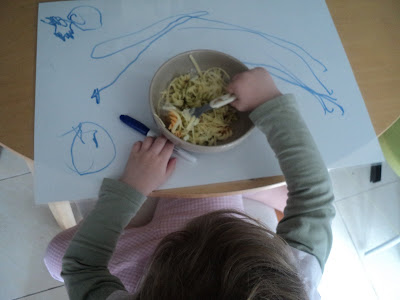 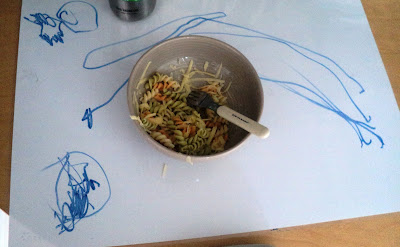 Come play at the Childhood 101 We Play link up