At the playground last week Bubble became fascinated with how the bigger rocks were hard to lift and the smaller ones she could carry on her own. She went along to each one exclaiming "it's heavy!" or "is light" once she had tried to heft them up. Today we expanded on her discovery a little with this simple game using two different coloured post-it type notepads.
On one pad I wrote the word 'heavy' on the first ten pages, and on the second pad wrote 'light', again on the first ten pages. I showed them to Bubble and told her which was which, and then we went on an exploration of the apartment labelling things as heavy or light. We ended up playing twice and labelling 40 things! 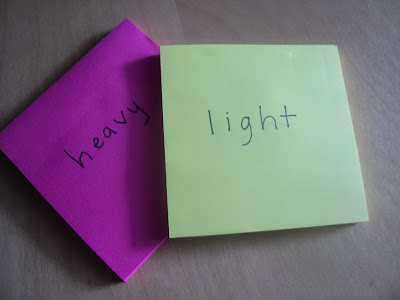 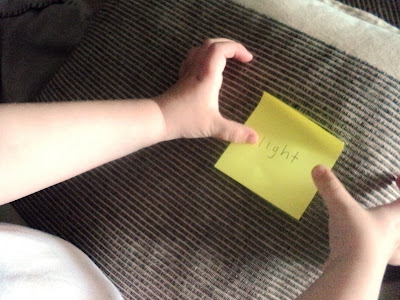 The lounge cushion was light. 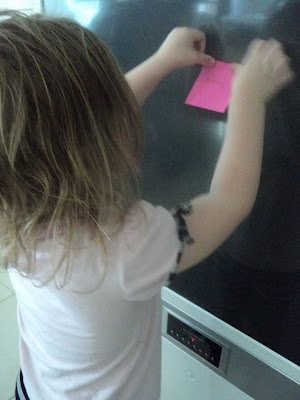 The TV was heavy! 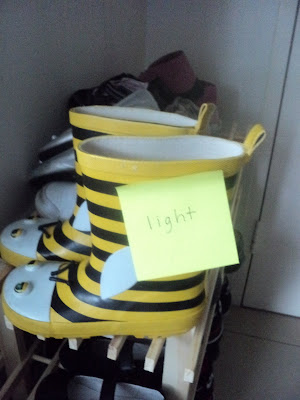 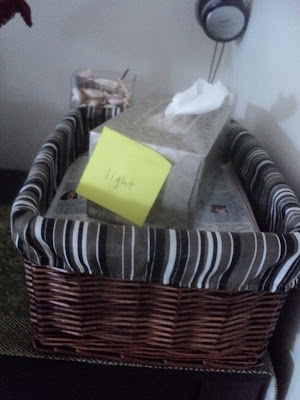 And a light tissue box. 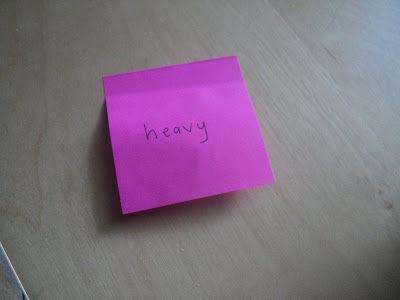 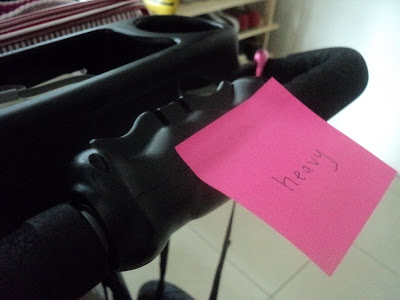