When she was younger, Bubble was obsessed with ice cubes. Obsessed to the point where we had to put a padlock on our freezer door after finding it left open repeatedly from late night ice tray raids. We have managed to curb the obsession but her fascination is still there so ice play activities feature highly in our house.
One of the things she enjoys most is breaking ice into 'bits' so I thought she might enjoy trying out the mortar and pestle. Not only did the girls enjoy the process but it was a great motor exercise.
I knew Bubble would want to eat/lick the ice so I didn't add anything to it but this activity would be a great way to retrieve objects frozen inside (click HERE for our Ice Egg post). 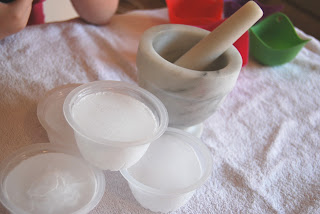 I chose some small containers from the recycling box that were roughly the same size as the mortar bowl to freeze our water in overnight. 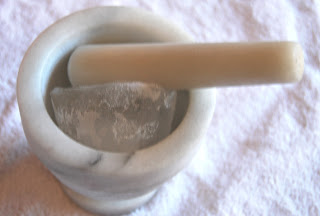 The girls extracted the ice themselves and started experimenting with the pestle. 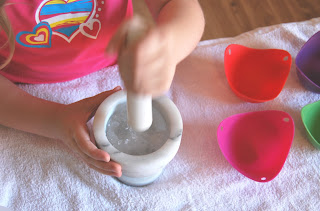 Their approaches were very different, Bubble pounded her ice and broke it into tiny pieces while Squeak was more cautious and kept turning her ice block over to bang on both sides. 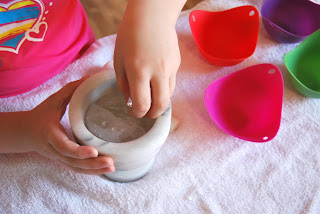 As little pieces were chipped off the girls took them out of the mortar and placed them into bowls. They examined the ice bits with their magnifying glasses, laid them out on the towel to watch them melt and (of course!) ate some :) 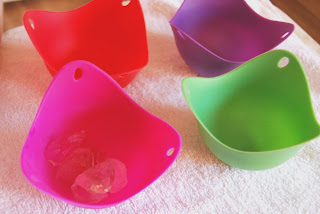 Posted by Caz at 11:22 PM No comments: Links to this post 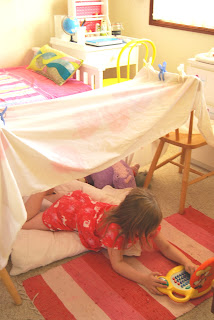 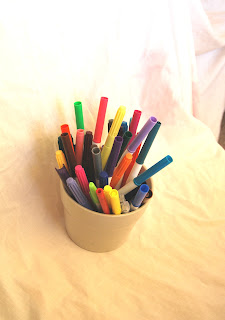 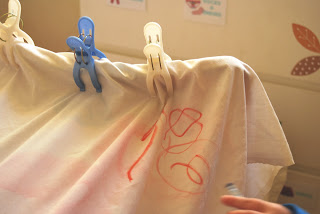 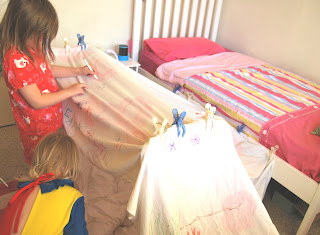 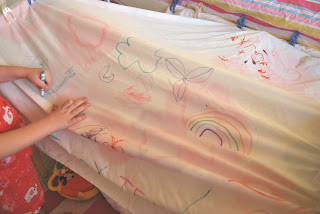 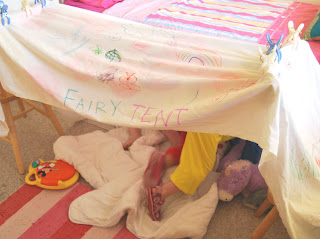 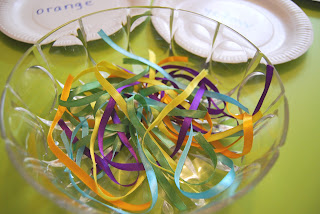 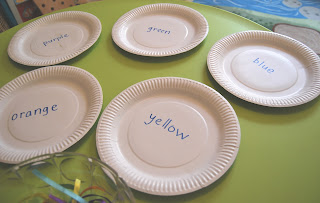 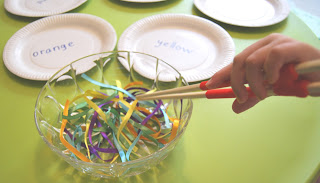 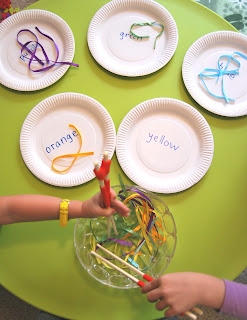 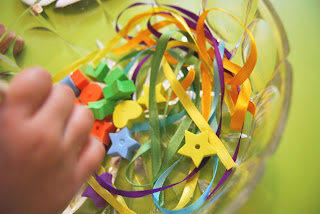 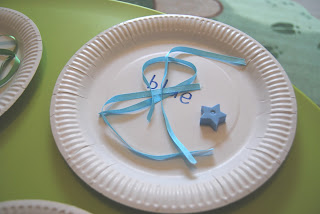 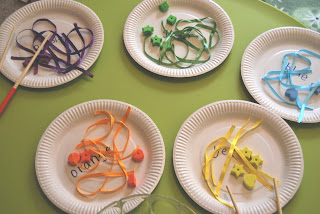