We are up to 'E' on our sounds wall this week, and our activity today was a matching one. Bubble enjoyed it and had fun swapping the ears around before gluing them in the right places - quite hilarious :-)
There was also a lot of incidental learning going on - which animal had the biggest ears, what kind of animal they were (zoo, farm etc...), what their ears were used for (eg: the elephant uses his ears to cool down and display the way he is feeling as well as hear with). 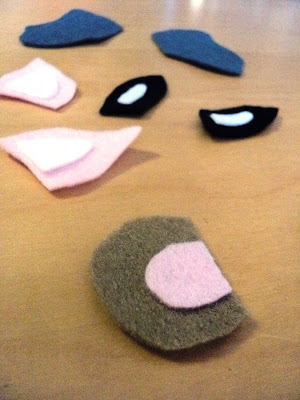 I cut our animal ears from felt, but you could easily use paper or card instead. 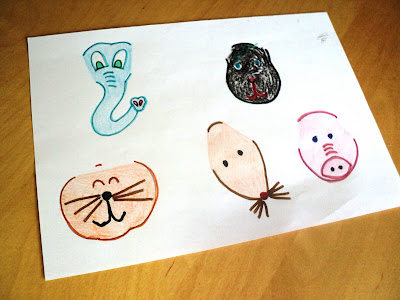 For our worksheet I drew animal faces and omitted the ears. You could also use net images and print them out, then cut the ears from the sheet. 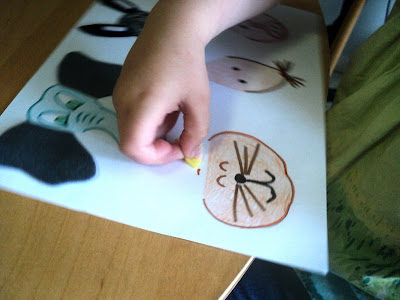 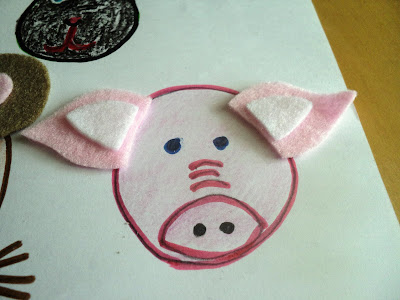 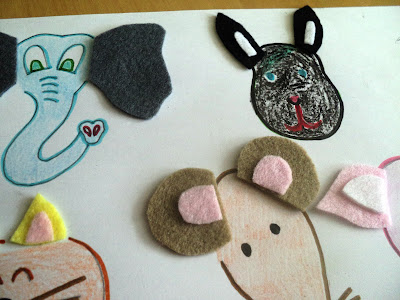