Rainclouds In The Bathtub

Bubble has been begging to use the 'bottle raincloud' we made a few days ago when we planted our grass seeds, so today we made a slightly bigger one using a milk bottle and had some fun in the bathtub making it rain. I'd made some bottle houses the night before (inspired by this post at Childhood 101) that were *hopefully* waterproof, so Bubble put them to the test.
She really enjoyed this activity and played happily for about 40 minutes (I say 'about' because I had other plans with a peice of cake and a book :-D) making it rain again and again while her little people came out to jump in puddles between showers. 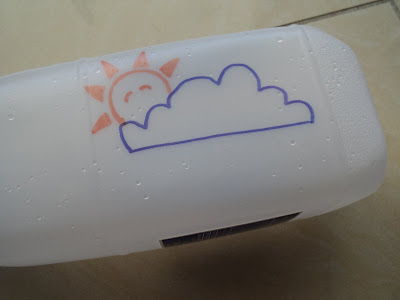 On one side of the milk bottle I punctured some small holes using a paring knife tip. Then on an adjoining side drew a sun (making sure when the sun side was held upright the side with the holes faced upwards, so it wouldn't 'rain' when the sun was out). 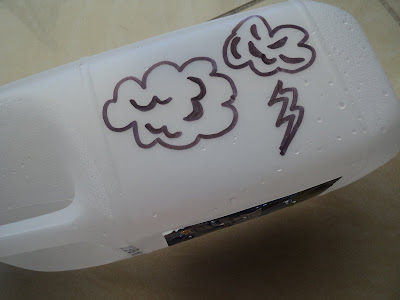 On the opposite side I drew some rainclouds (so when this side is upright the side with the holes faces down, making it rain). 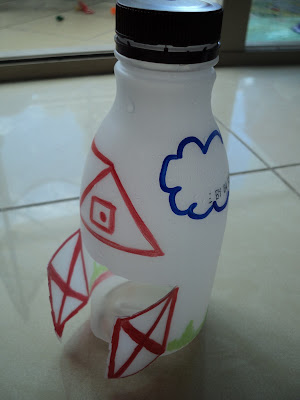 I made a bottle barn for the Little People animals to shelter in. 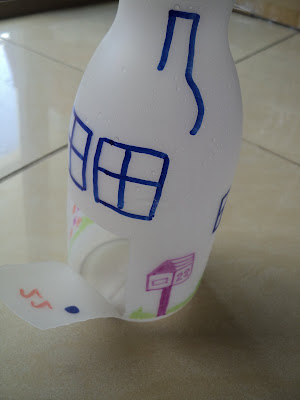 And a bottle house for the Little People to take cover inside from the deluge. 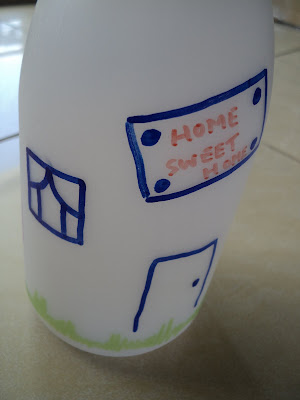 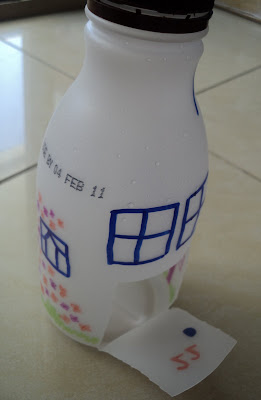 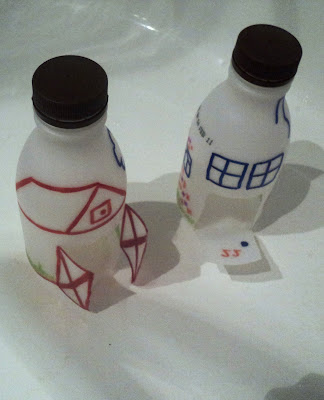 We put our bottle house and barn in the bathtub where Bubble could make it rain to her hearts content :-) 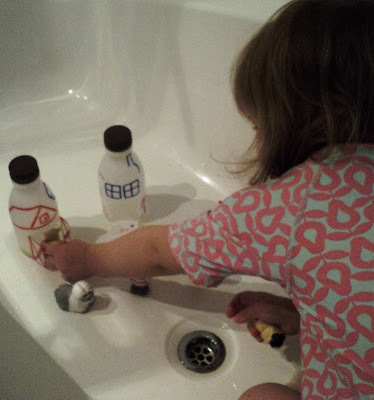 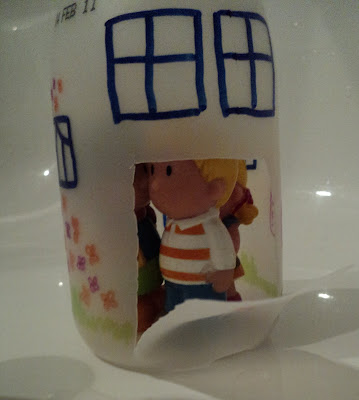 Everybody safely inside, I think there's a storm coming! 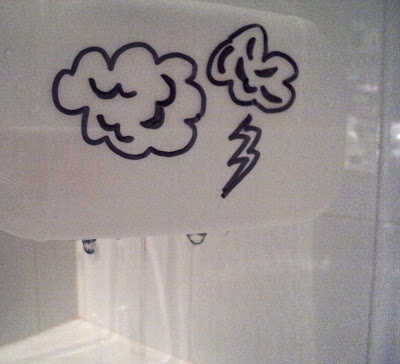 When Bubble held the milk bottle cloud rainy side out the water came tumbling down (sorry the photo is so dodgy, there is rain there I promise :-D). 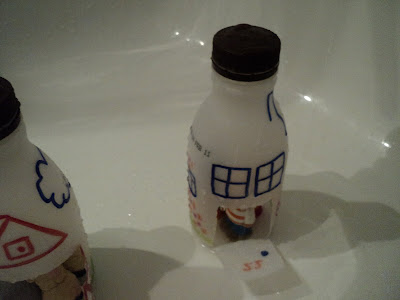 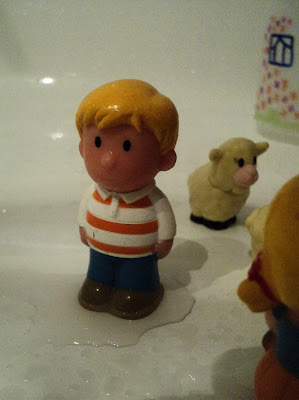 Bubble was delighted controlling the weather in her mini world, and the Little People weren't too upset about having puddles to jump in either ;-)