We had the TV on in the afternoon the other day and I saw a childrens show (not sure what it was called sorry) where they blew a balloon up inside a plastic PET bottle as part of an experiment demonstrating how air takes up space even though you can't see it. The kids on the show then filled the balloons with water and tied them off so the water balloons were trapped inside the bottle.
I thought it looked super cool so we had a go at it today and improvised a little to create a bit of volcano action (always a topic of interest around here ;-D). 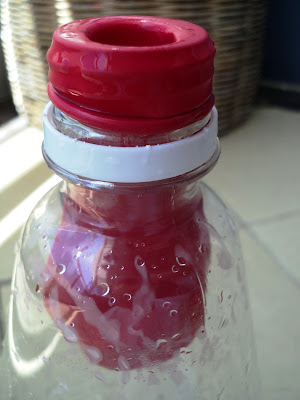 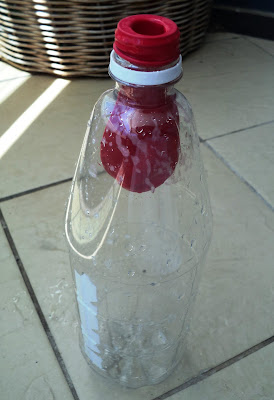 Ask your child to try blowing up the balloon - they wont be able to do it because of the air already inside the bottle. Even though they can't see it it is there taking up space. 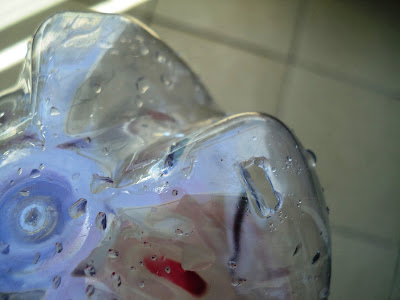 Using your sharp implement (we used a knife - very carefully of course!) make a small hole in the bottom of the bottle. 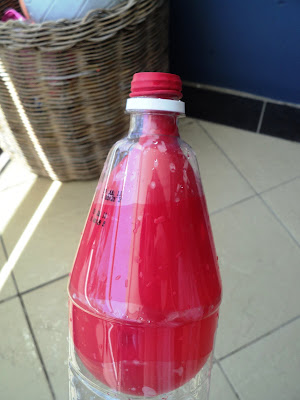 Try blowing up the balloon again and voilà - success! Explain that the air has moved the make room for the balloon because it can escape from the hole you have made. Cover the hole with your finger and the balloon will stay inflated. 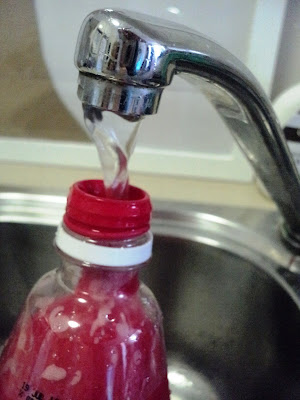 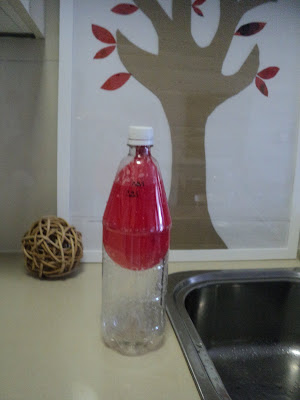 Replace the cap and you should be safe to take your finger off the hole (release it slowly in case the lid leaks, ours was fine though). You now have a balloon full of water inside a bottle; I'm sure you can guess what comes next! 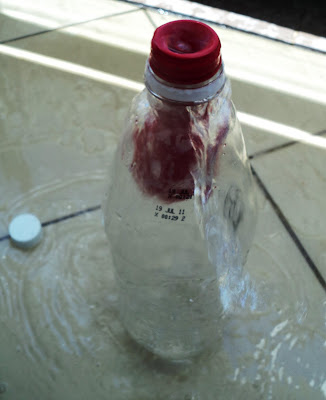 Once the lid is removed the water explodes from the bottle as the air rushes back in through the hole in the base to push it out. 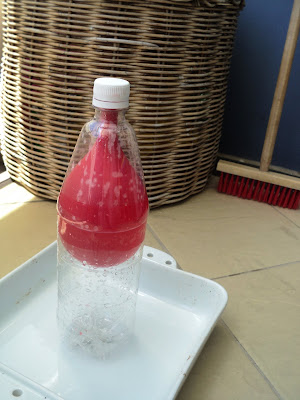 Bubble was however unimpressed with water as 'lava', so we did it again putting red colouring in the balloon before blowing it up and filling with water. I sat the bottle in a dish to make clean up of the red water easier. 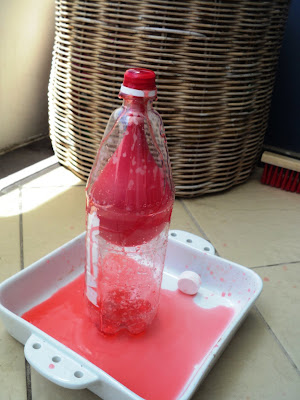 When the flow started to lag a bit (the subsequent 'eruptions' were less and less explosive, Im guessing because the top of our balloon got a few holes in it) Bubble gave the bottle a squeeze to ramp up the action... 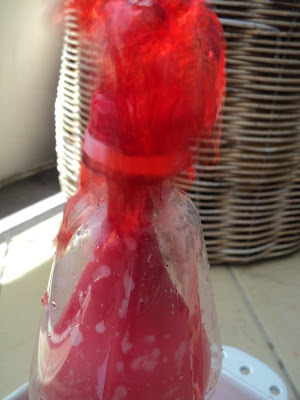 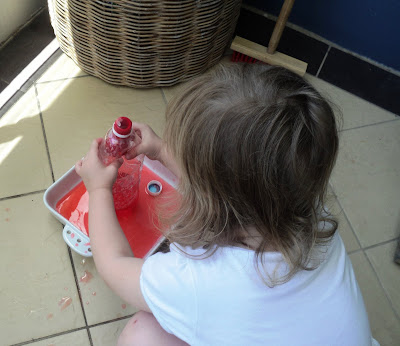 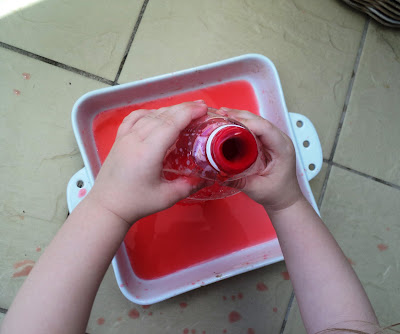 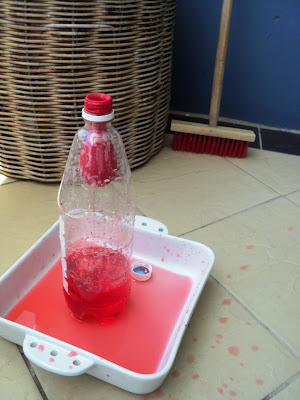 This activity was definitely a hit - water, volcanos and squeezing stuff, how could it fail :-)