Squeak's fine motor development has been our big focus these last few weeks and since she is very keen on doing Christmas themed activities at the moment a lot of our skill building has revolved around that.
Today we used play dough, some Christmas cutters and scissors to get in some more fine motor exercise. 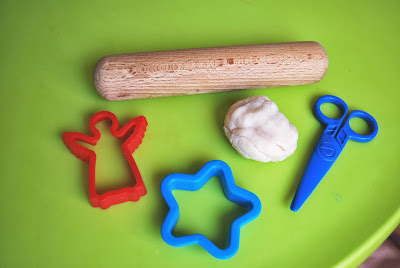 The girls chose some Christmas shaped cutters from the play dough box and I made some especially thick play dough for this activity by adding extra flour to our mix. 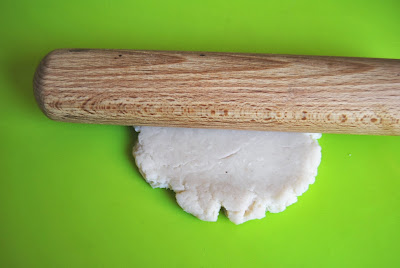 First we rolled the dough flat. 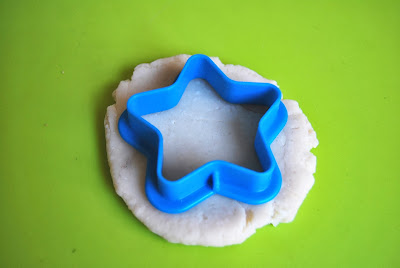 Then we used our cookie cutters upside down so they just made an imprint instead of cutting all of the way through. 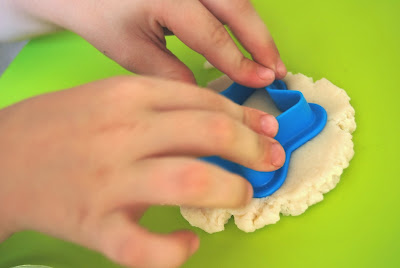 The imprint on the play dough gave the girls a template to cut around. 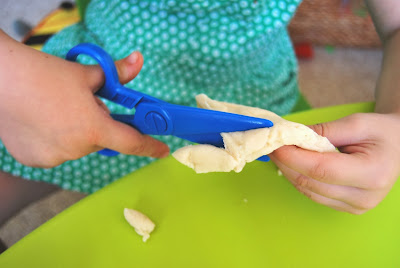 Then the girls got to work with their scissors cutting out their Christmas shapes.
Because of the extra thick dough it was easy to handle and also cut. 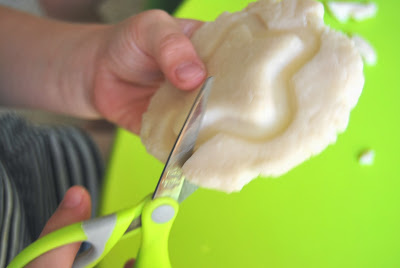 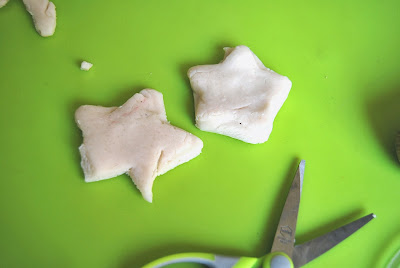 Ordinarily cutting is an activity Squeak avoids like the plague. Everything about it frustrates her as her joints fatigue and get painful and she lacks very fine motor control. This activity was different though, the sensory nature of the play dough and also the novelty of cutting dough rather than paper kept her interested for over half an hour. 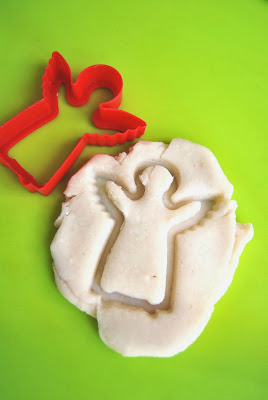 The girls ended up making lots of different Christmas shapes. 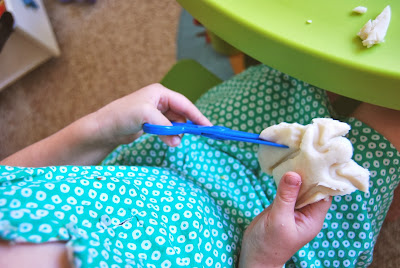 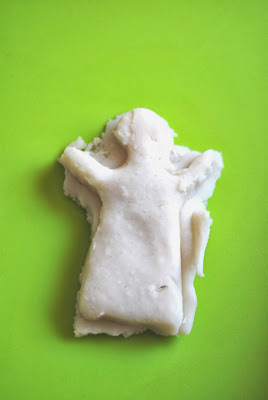