I love books and I love sharing them with my kids, but every now and then a book gets to the point where it can no longer be saved from the recycling box. We had one such book recently, it had fallen apart at the spine and no amount of taping could rescue it this time. I wasn't sure what to do with it but didnt want to just throw it into the recycling bin, so we cut out all of the pictures and turned them into puppets instead. We even used some packing from a toy box and made a little puppet theatre back drop. Bubble was intrigued and played with them for hours in different settings, it was nice to see something worn out become so useable again!
WE USED:
* old story book, magazines or draw your own pictures
* giant popsicle sticks
* tape
* scissors 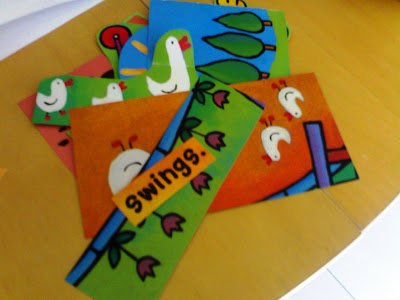 The cut out pictures from our story book. 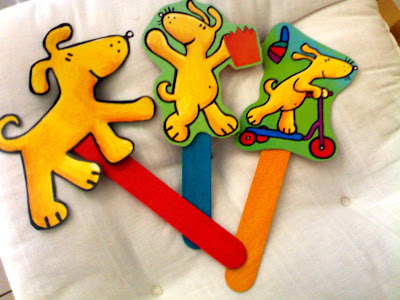 Our puppets - we just taped the popsticks to the reverse side so that they were secure. Bubble was proud to be able to do this part herself :-) 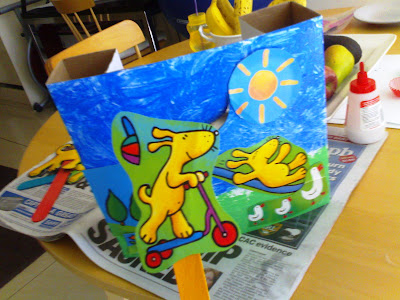 We used some packing from an old box, painted it blue and green for the sky and grass and glued on some of the background pictures to make a backdrop for our puppets. 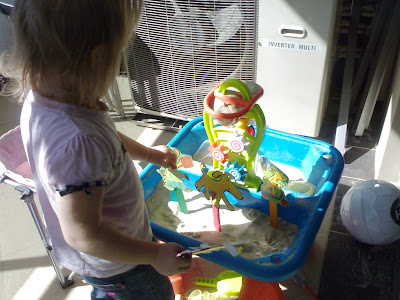 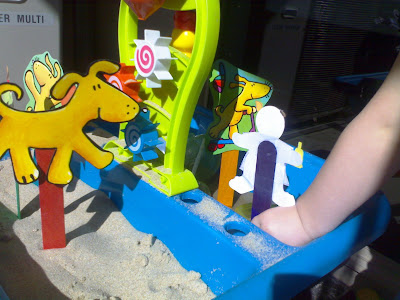