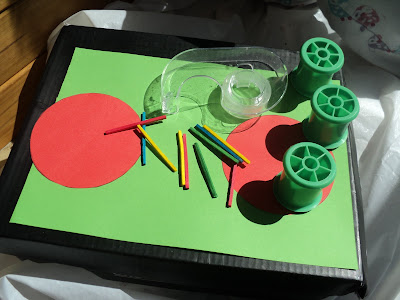 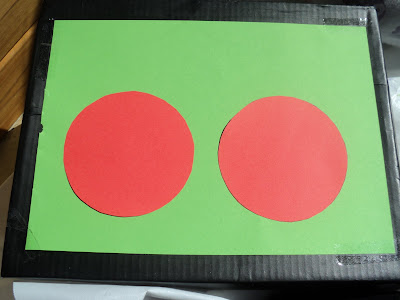 Trace around some cup or bowl rims and cut out your circles for the hotplates. Glue and/or tape them to the top of the box. 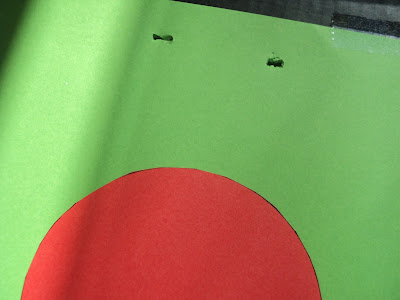 Use a pen, skewer or craft knife to pierce the lid in four places along the top of where you have placed your hotplates. Careful not to make the holes too big. 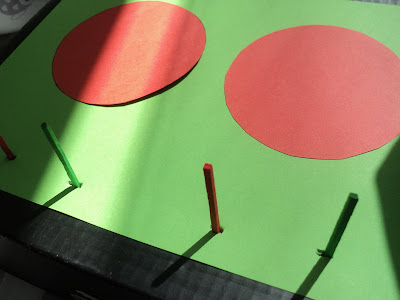 Push in some matchsticks so they are firmly held in the lid. 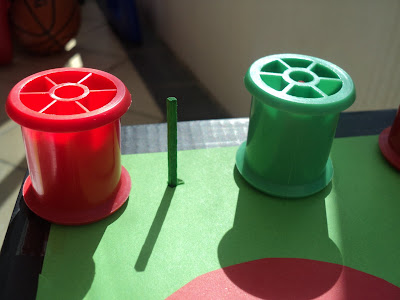 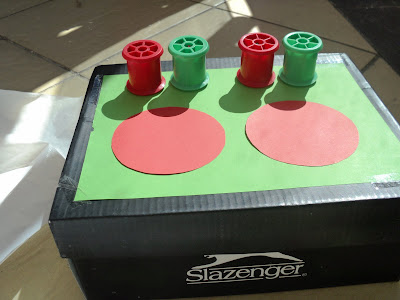 You could also cut a flap in the box side to create an oven, although our box is hinged so my girls just opened and closed it to 'cook' things. 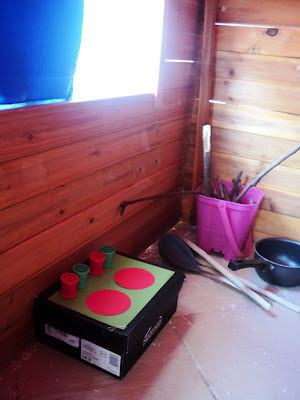 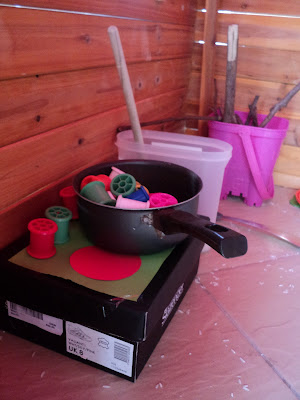