Bubble and Squeak are both home sick at the moment, and for two little people who are usually continually on the go that spells boredom. And for me, insanity ;)
One of the activities that has been keeping them happily amused is a simple science experiment that I used to love doing when I was little too - bi carb and vinegar reactions. 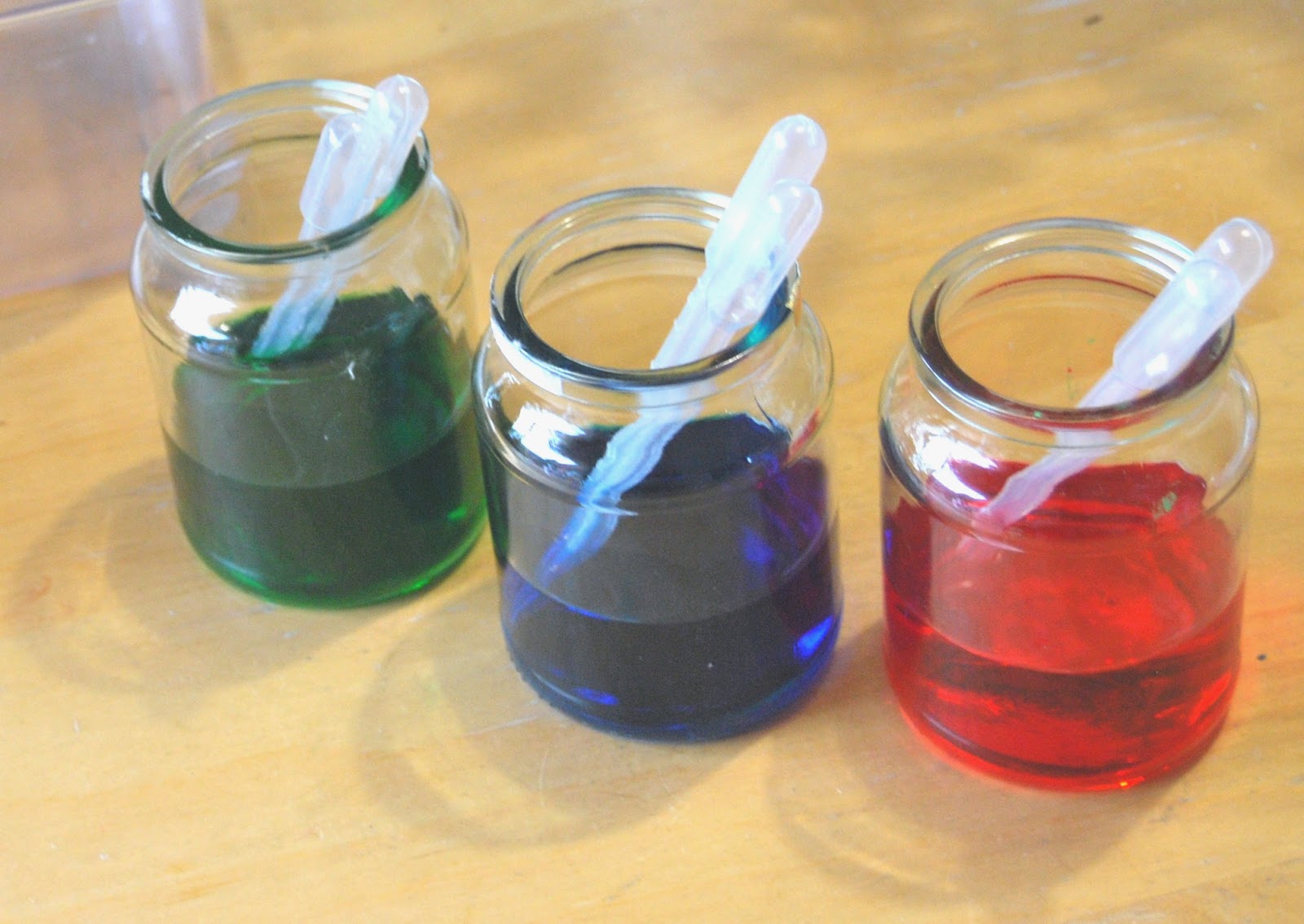 I filled some jars with cheap white vinegar and a few drops of food colouring, then added some pipettes so the girls could drop the vinegar into the bicarb slowly and create patterns. 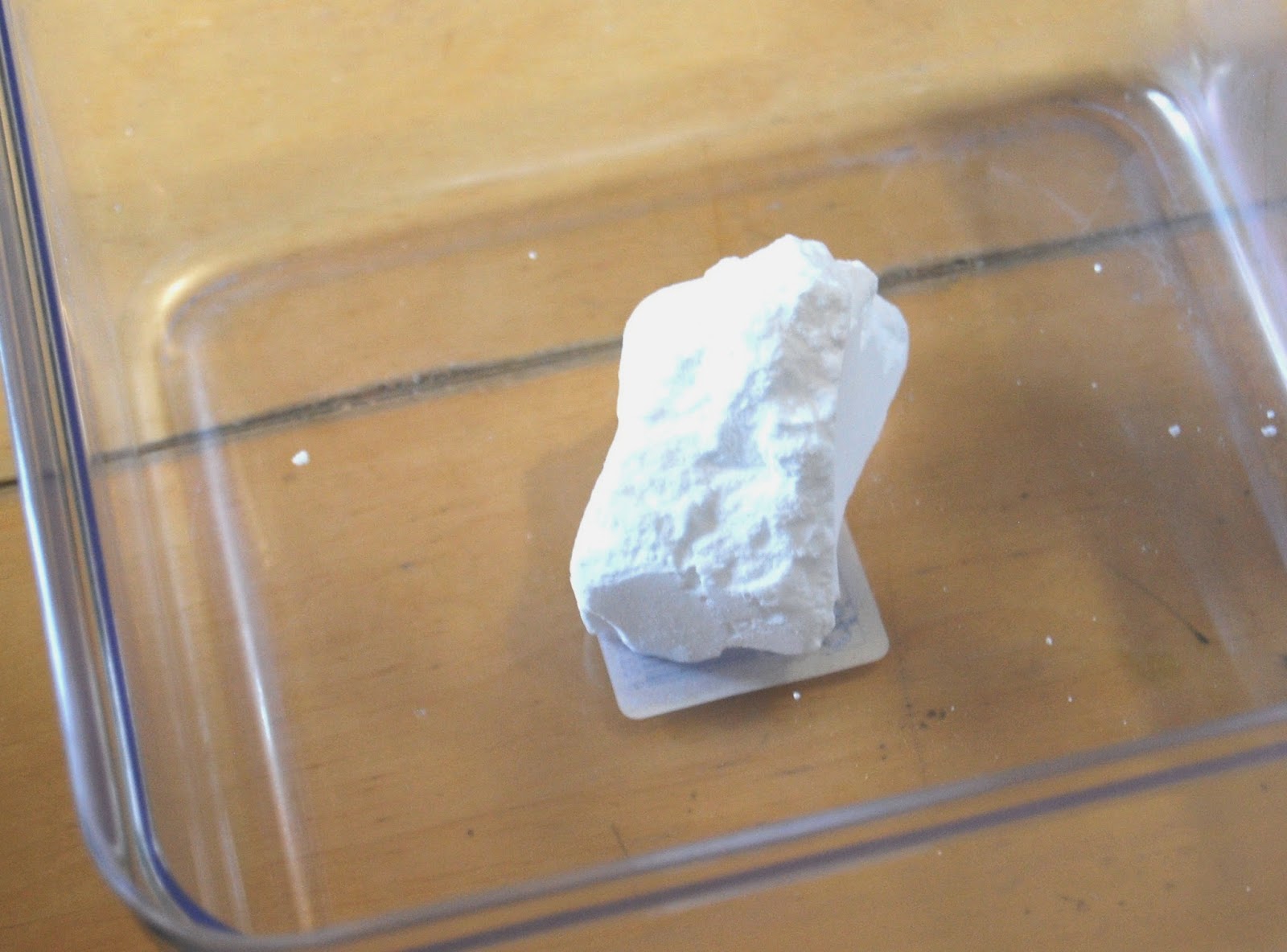 The day before I mixed some bi carb with a bit of water to create a paste, then left it to dry in open containers. Once it was dry I broke it up into 'rocks' so that the girls had something they could hold and investigate a bit easier than dry bi carb powder. 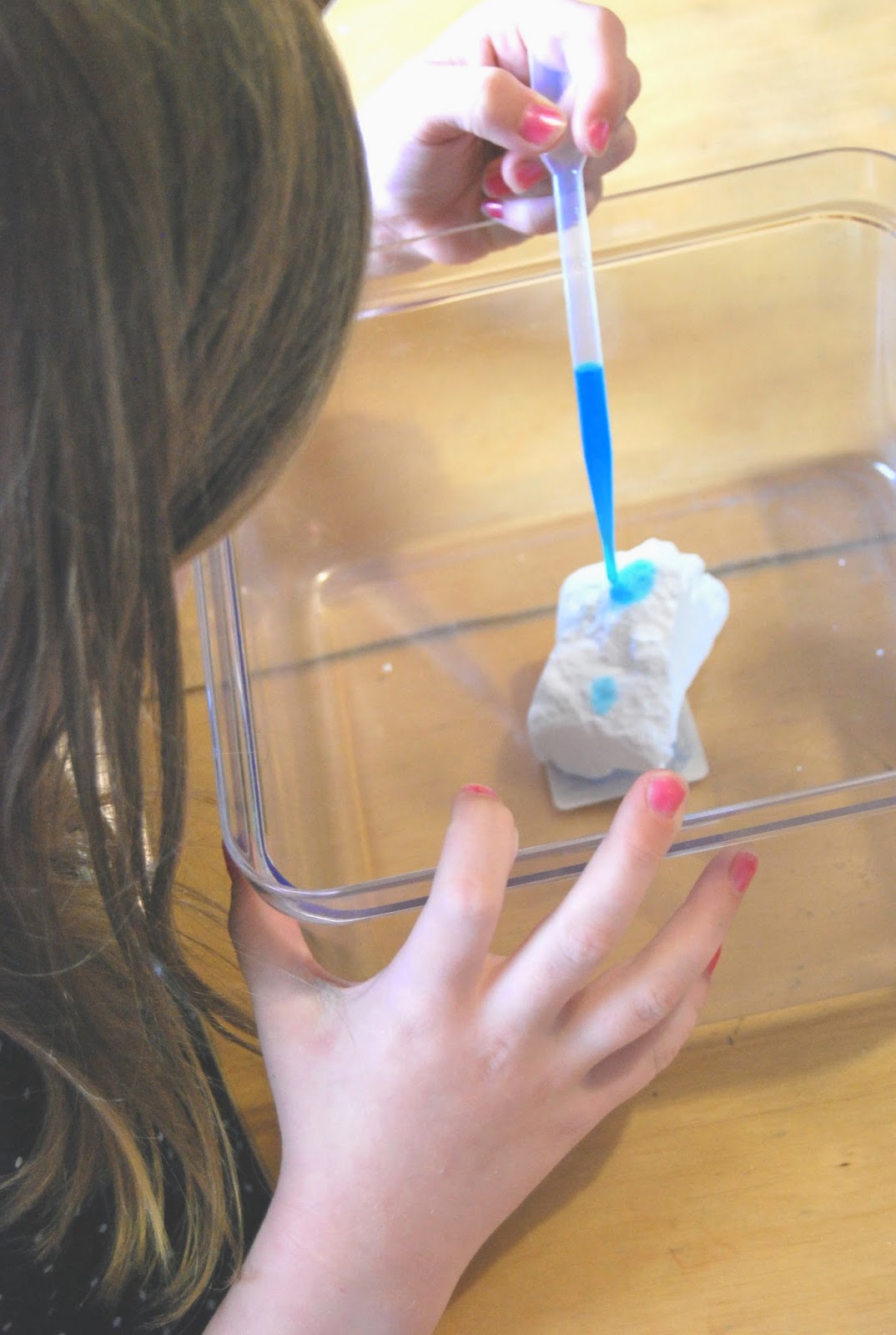 Both of the girls loved dripping coloured vinegar on to the bi carb soda rocks and watching the chemical reaction cause an eruption of bubbling foam.
These bubbles are caused by the exchange of protons between the vinegar and baking soda, which creates water and carbon dioxide. 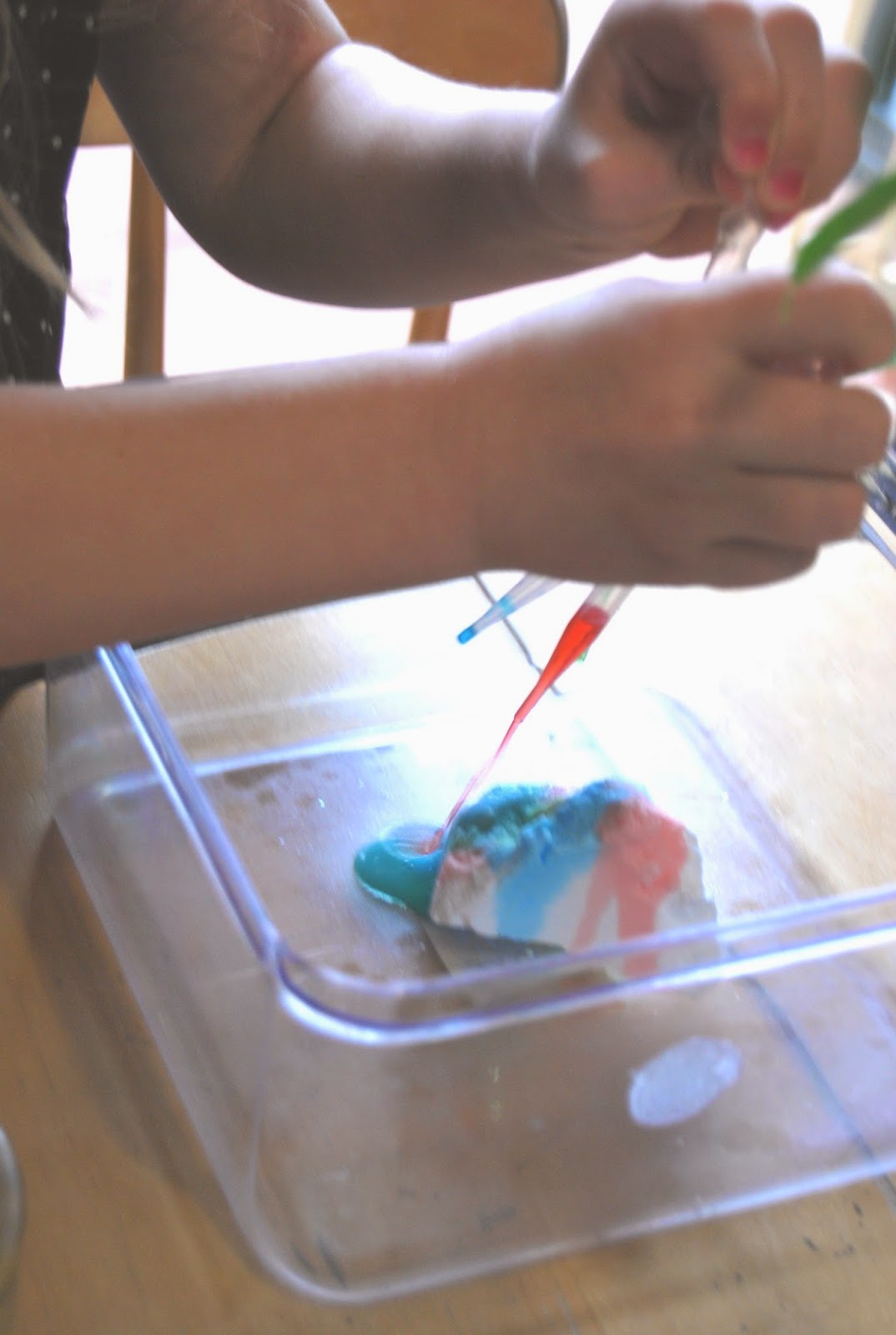 They experimented with the different colours and using two or three different pipettes at once. 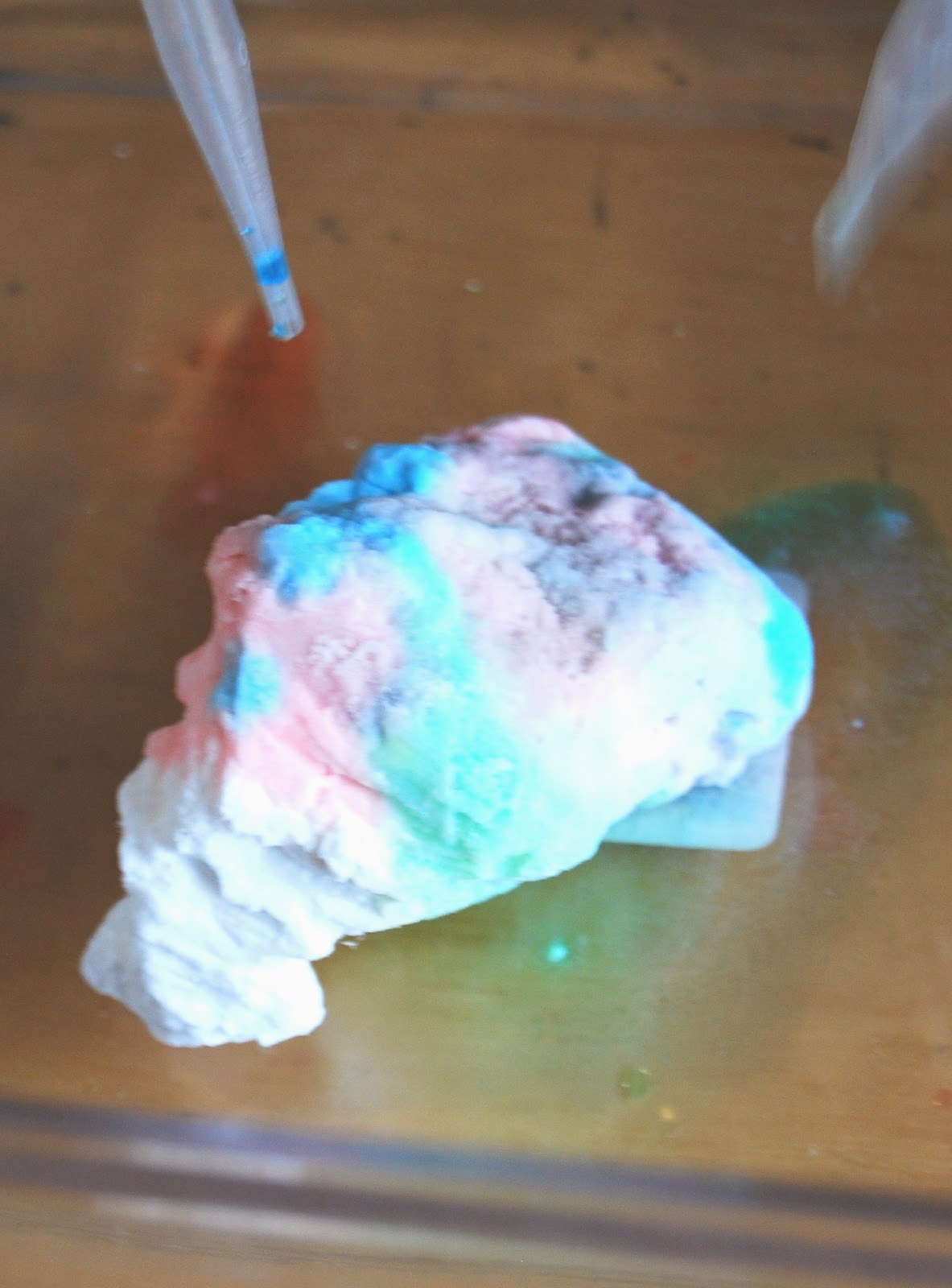 Once the fizzing and bubbling subsided after each dropper was emptied they were left with multicoloured rocks. 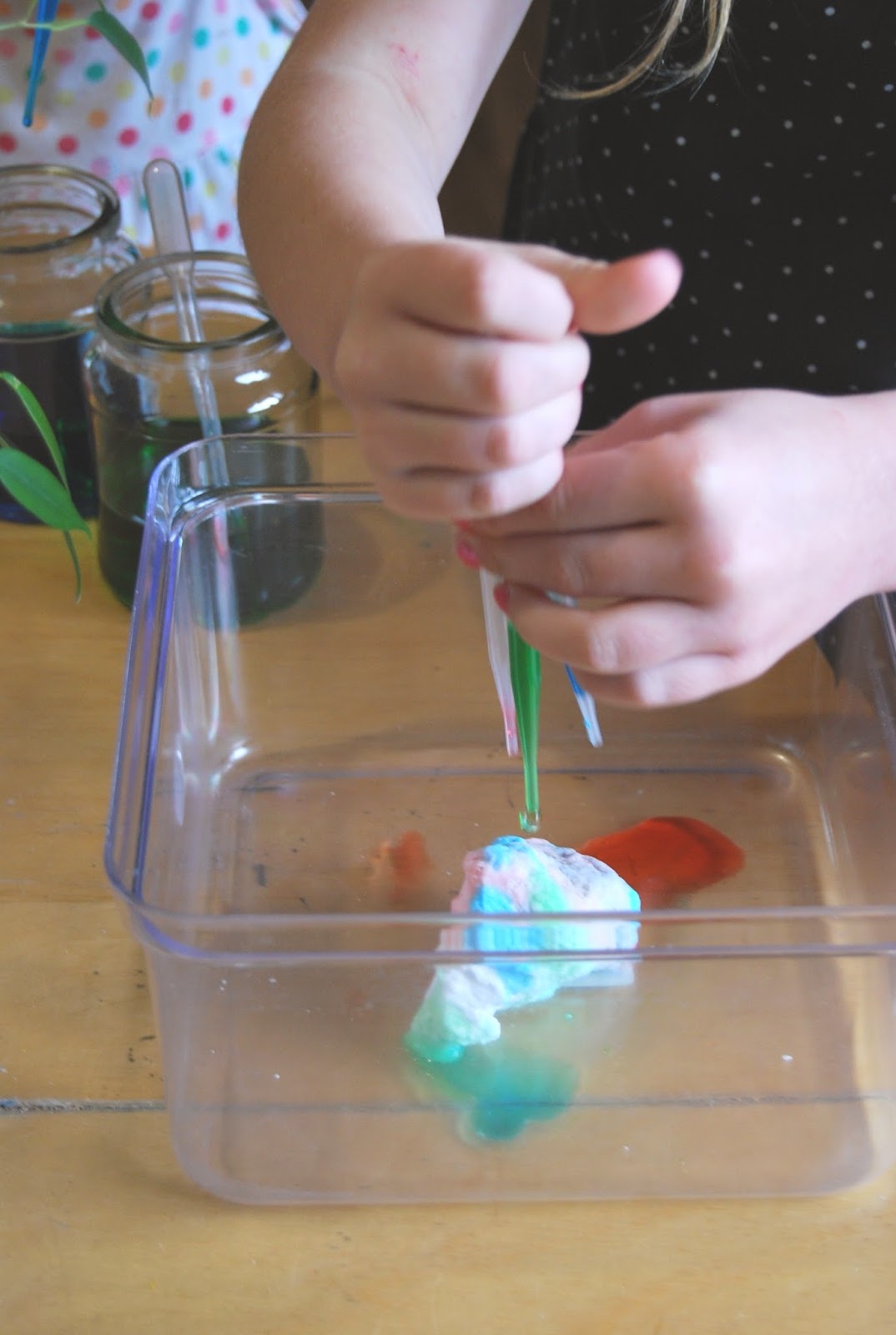 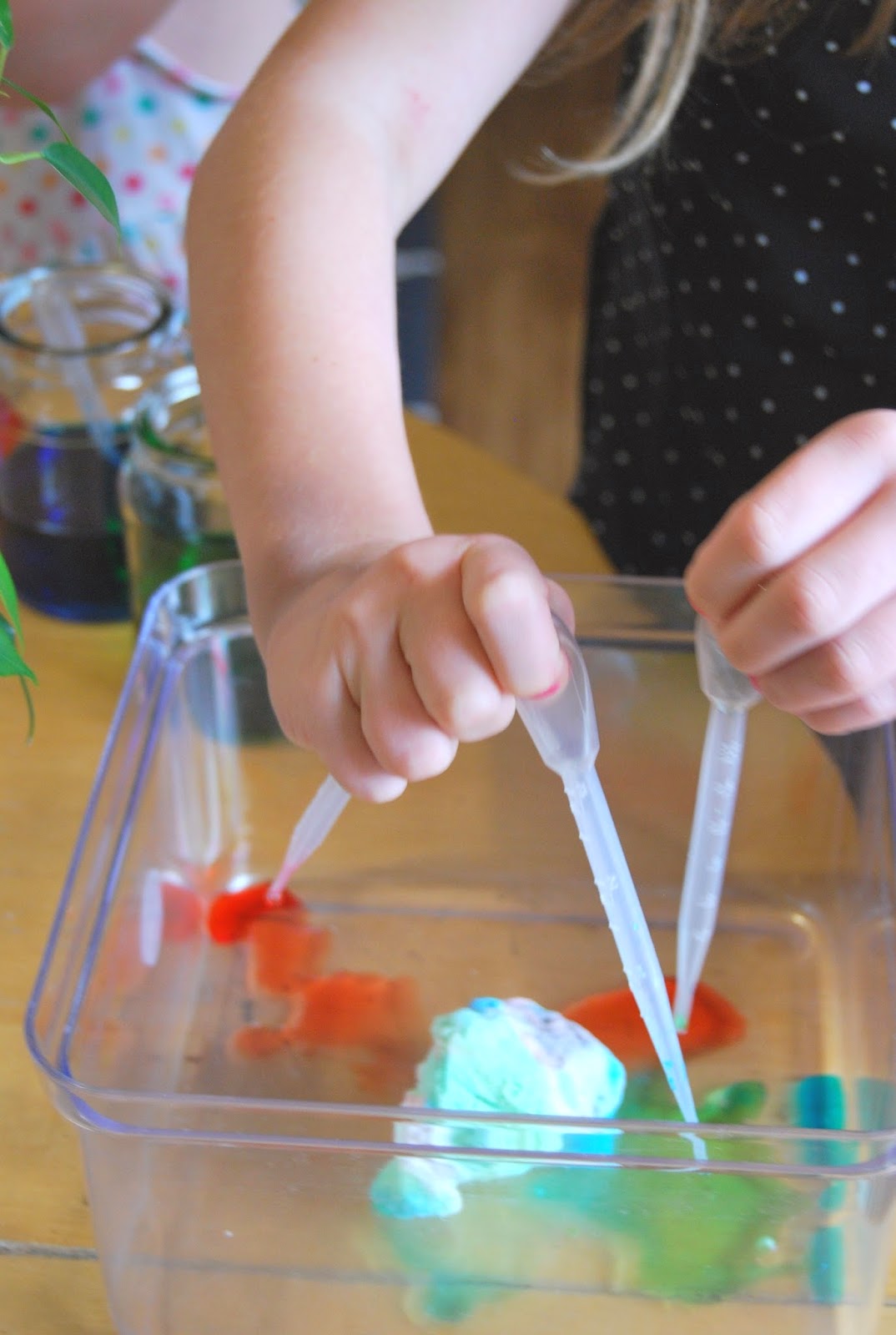 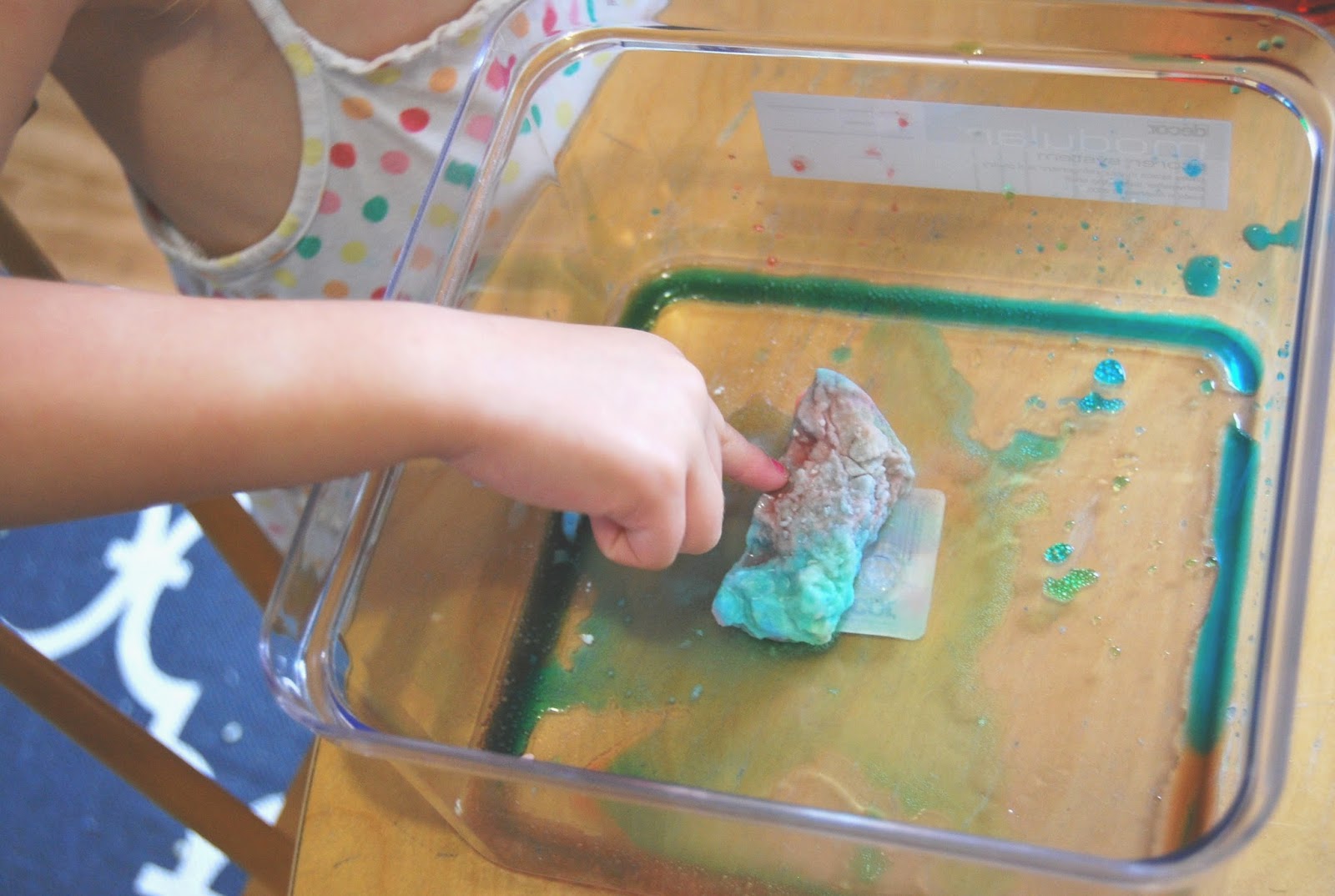 They were fascinated with the changing size, colour and texture of their rocks. 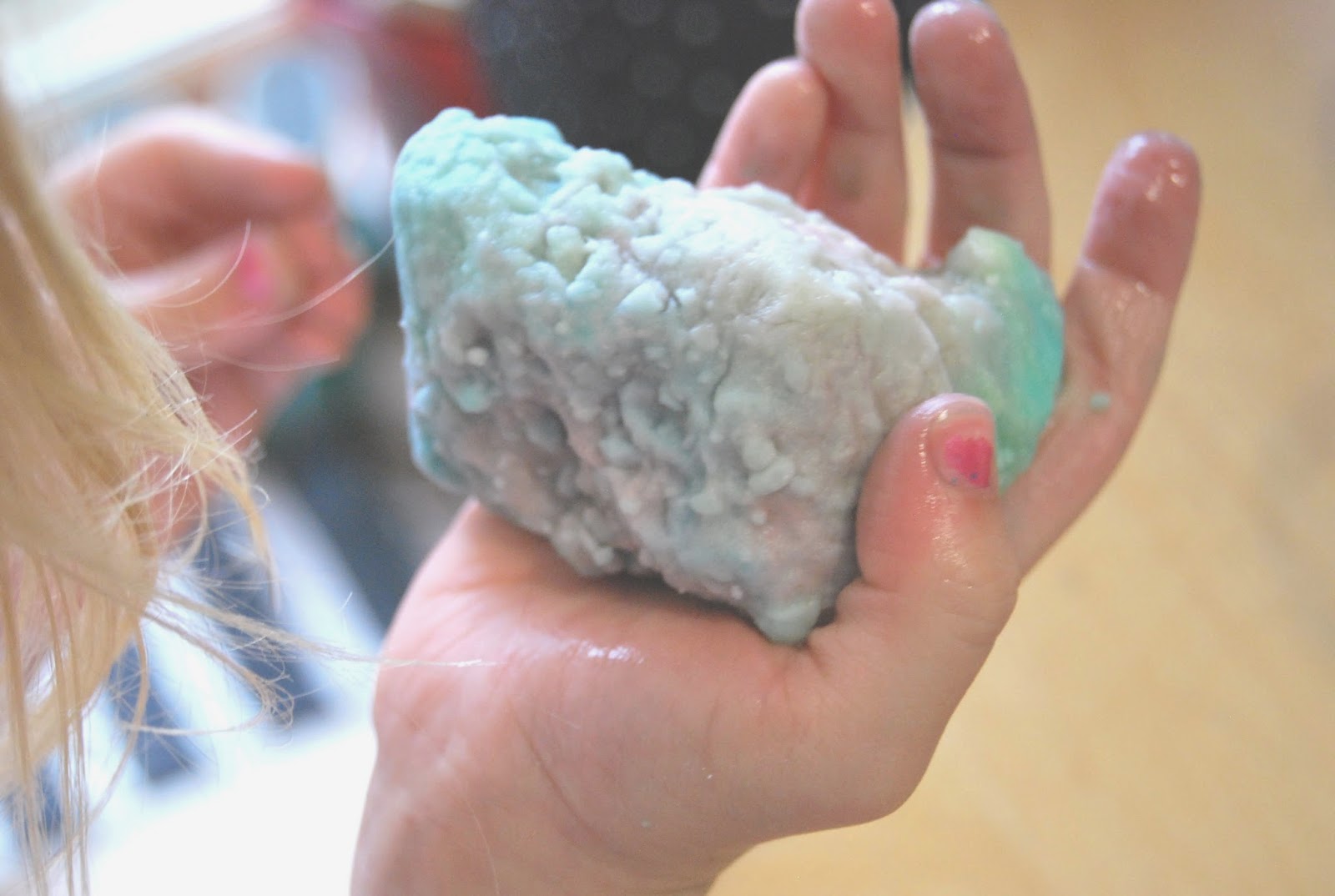 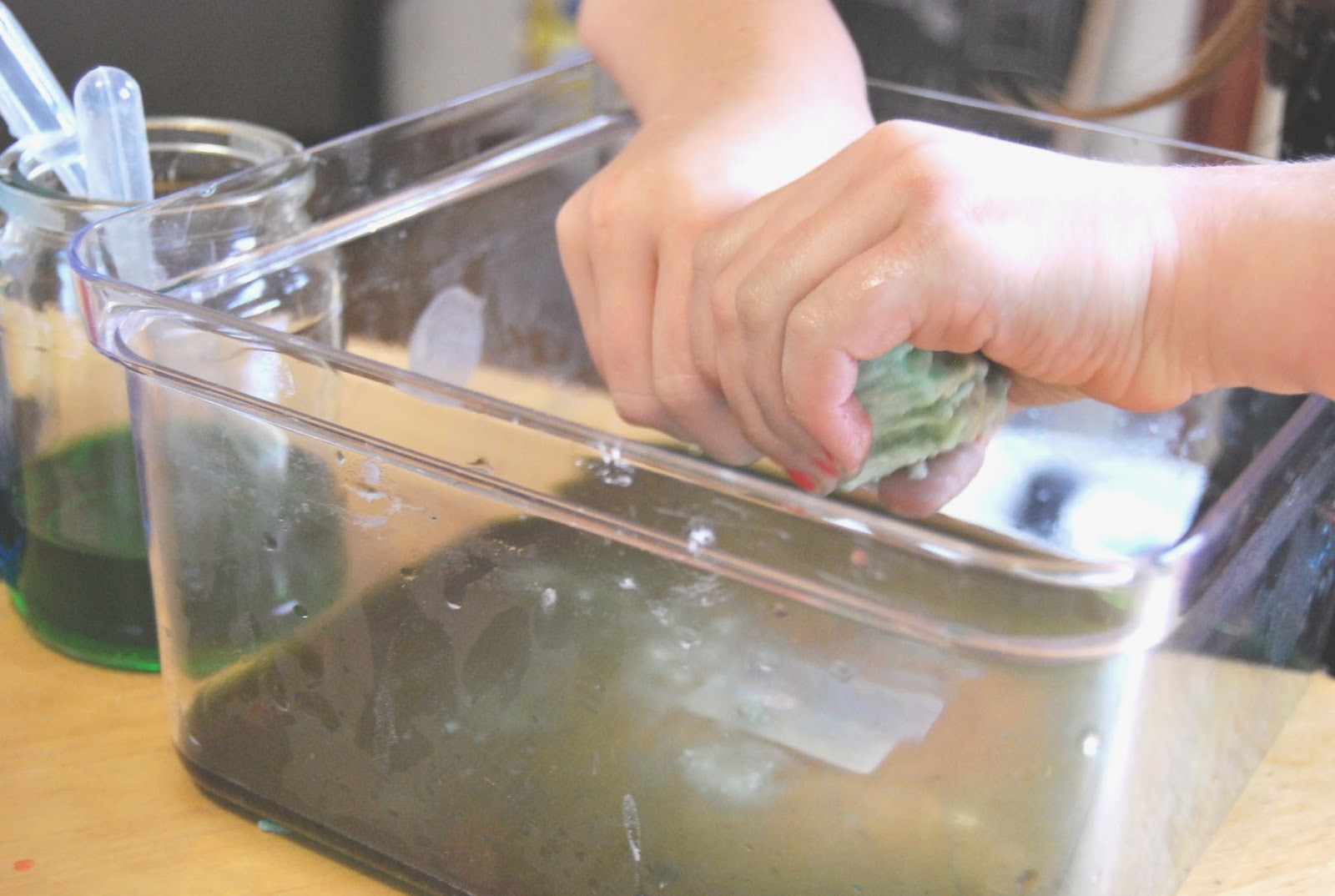 Bubble wore little holes through the middle of her rock with the vinegar until she was able to break it in half and have a look at the inside. 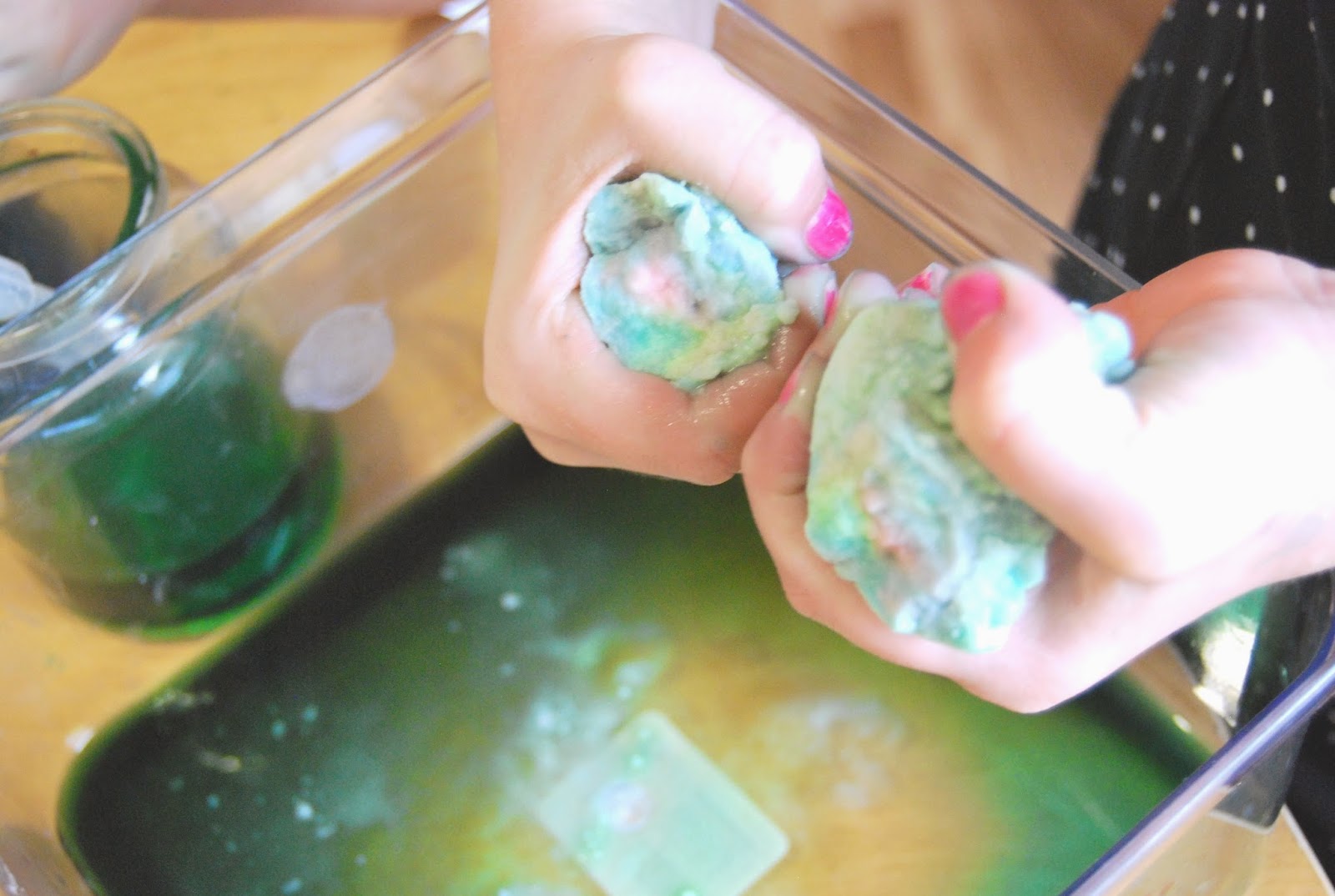 It was full of rainbow coloured rings and she told me "it looks like a geode Mum!". 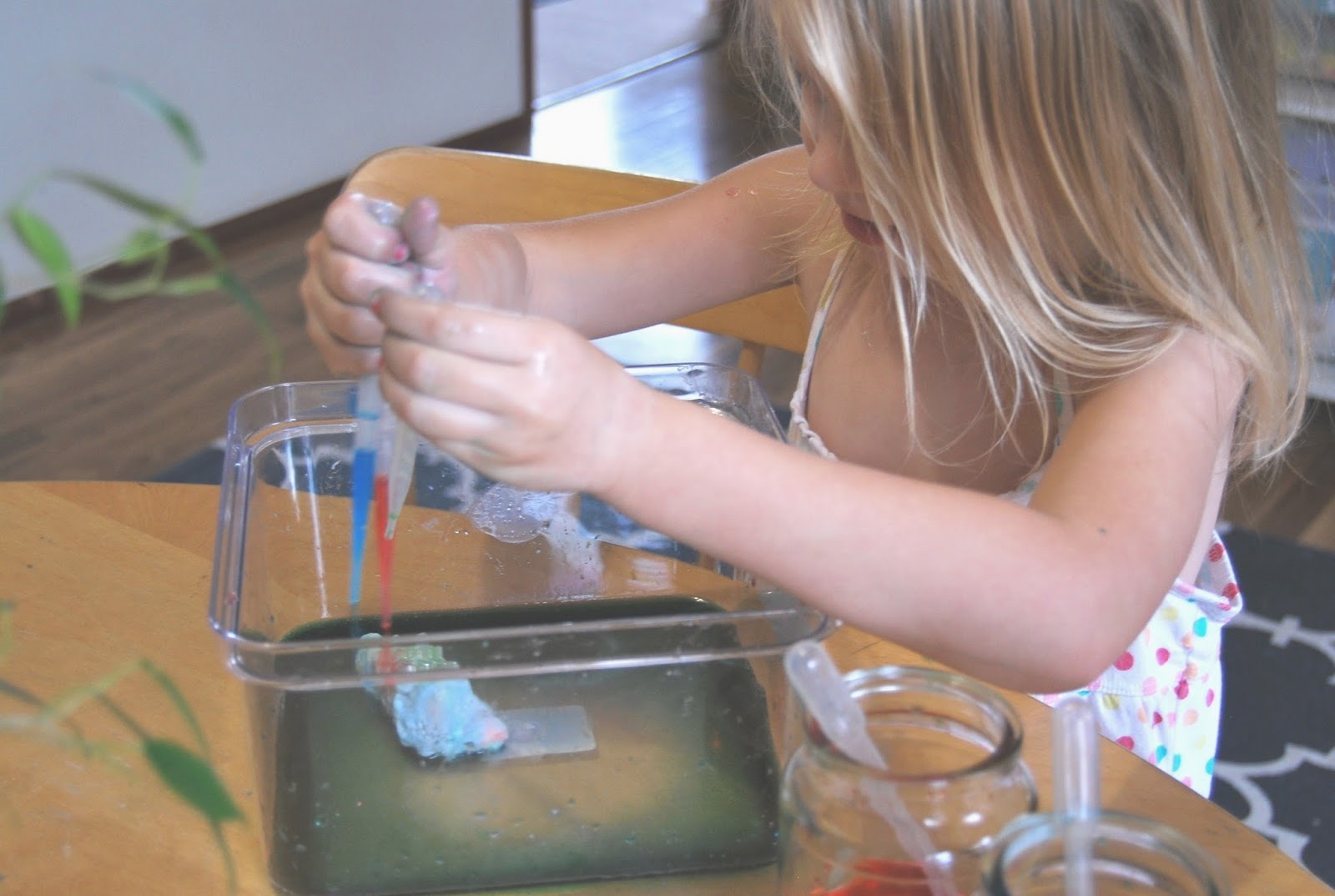 Lots of hands on science fun and a great way to pass a day at home fighting some yucky bugs.