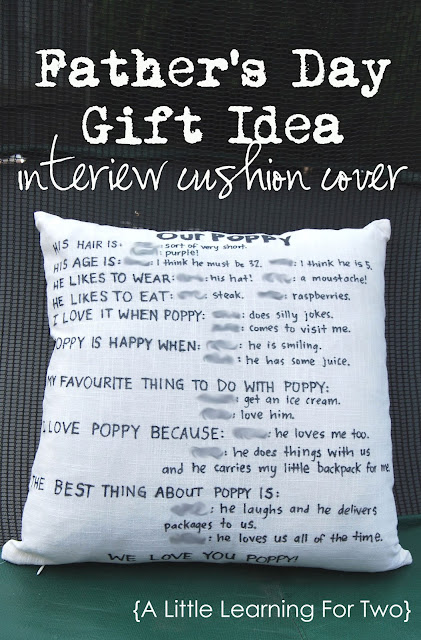 I have been wracking my brain for a few weeks now trying to think of a gift idea for my Dad for Father's Day.
Unfortunately we live in another state to 'Poppy' so it had to be something that could be sent easily by mail. I also wanted it to be something personal from the girls, as well as something he could use.
Obviously he will love anything our girls make for him, but I wanted something he could use day to day rather than something that would end up in a drawer or cupboard.
I have seen a lot of ideas for 'interviews' on Pinterest and loved the idea, this free printable from A Little Delightful was one of my favourites and the inspiration for some of our questions:
A Little Delightful : Father's Day Printables
Instead of putting our interview on paper though I thought I would put it on something that could be kept around the house and used.
A cushion was the perfect solution! 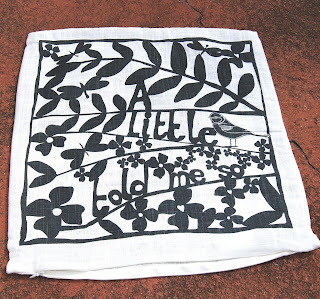 We started with a cushion cover which was blank on one side.
I chose this one (from BigW) because the colours will suit Poppy's home and I love the symbolism of the saying on the front. 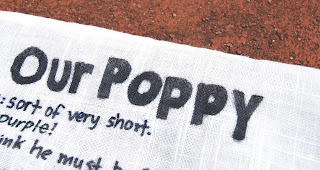 I removed the cushion insert and inserted some scrap cardboard so the ink from the Sharpie wouldn't stain through to the other side.
Then I just used a laundry marker to write out our questions and add in the girls answers. 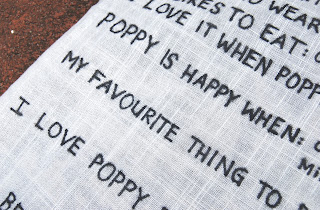 Their replies were hilarious and I know Poppy will love reading them. My favourite replies would have to be "He loves to wear: a moustache!" and "The best thing about Poppy is : he laughs and delivers packages to us".
I think he will also be particularly pleased at the guesses regarding his age :) 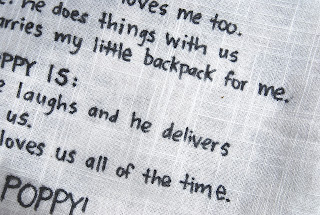 This activity was fun and easy to make and hopefully will be something Poppy can display in his house and smile at on a daily basis!