For their birthdays recently Bubble and Squeak received some instant snow from their Aunty and Uncle (our rellies know fun when they see it :D).
This week we used some to create a make believe snow cone stall which the girls had a blast with. Not only was it a great game for encouraging imaginative play but also provided plenty of sensory and fine motor experience as well.

Side note - instant snow is heaps of fun to play with and non toxic, but it is not designed to be eaten. This activity was well supervised. 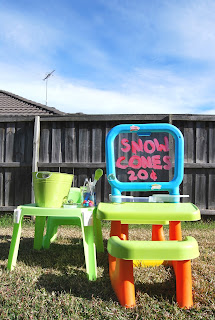 We set up a few tables in the backyard to create our pretend snow cone shop. 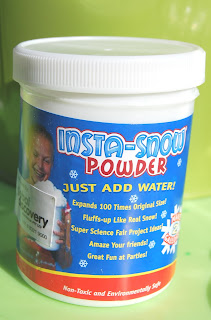 This is the instant snow we used, there are many different versions available though. The 'snow' starts as a powder that becomes a light fluffy substance once water is added.
Instant snow is bio degradable and we usually spread it on our lawn after use. 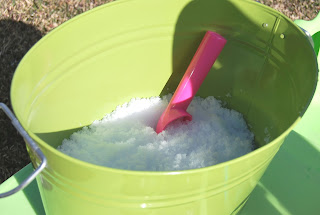 We made all this snow with just a few tablespoons of powder, then we put it in a tub with an ice cream scoop ready to create snow cones! 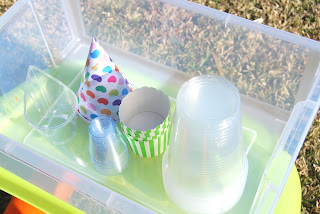 I set out a small tub full of different cups and paper cones for the girls to use. 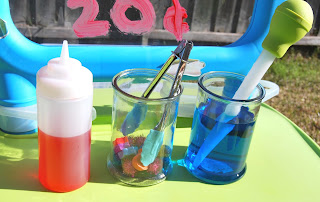 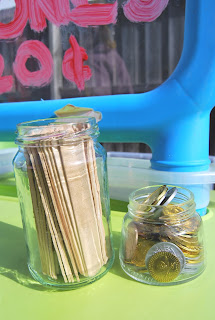 We finished our little shop with some pop sticks and pretend money. 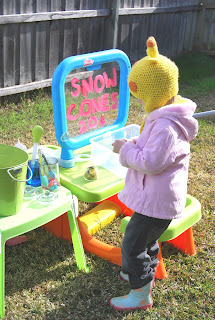 Open for business. The girls took turns being the shop keeper and the customer. We slowly built on their interactions and story lines, this sort of play is great for practicing living skills. 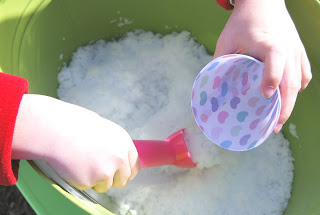 Bubble scooping out some instant snow to make a snow cone. 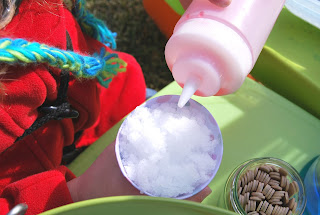 Using the squeeze bottle to make a raspberry snow cone. 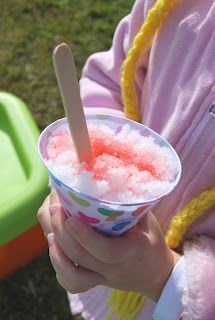 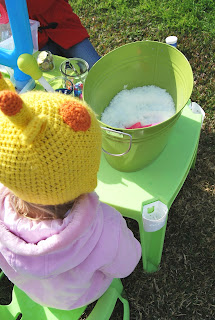 Squeak's turn to be shop keeper. 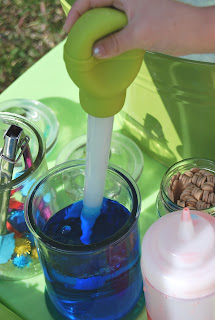 Using the baster to add her colour, the squeeze action involved is great for strengthening her hand muscles and grip. 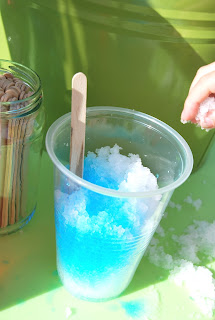 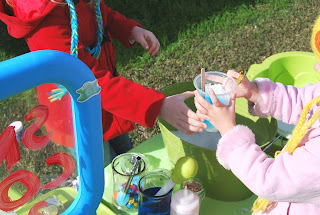 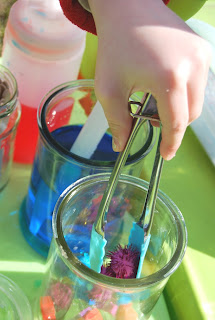 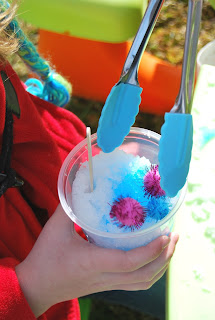 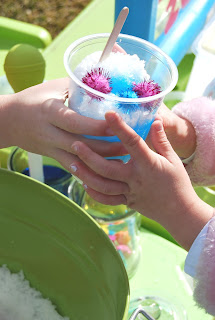 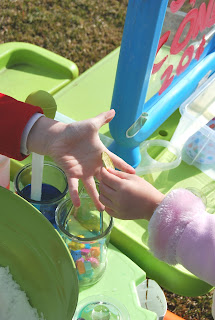 Paying with play money. Bubble was getting very precise with her coins and terribly upset when her little sister kept giving her the 'incorrect change' :) 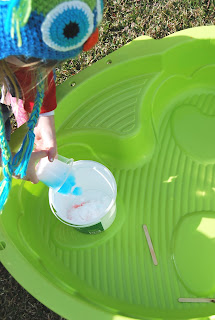 Once the girls had finished with a snow cone they dumped them into a bucket in our paddling pool. At the end of the game they had more fun squishing around the pool in the multi coloured snow.