How To Make A Simple Boat For Dolls 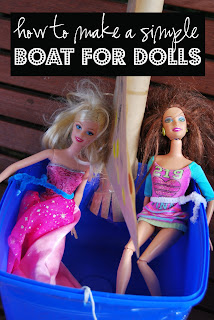 The girls and I have made plenty of boats and rafts before, but when they heard we were headed to their favourite stream today our usual efforts weren't going to cut it.
They didn't just want to float boats, they wanted to float their dolls inside boats.
Since it's about 10'c here at the moment and I didn't fancy wading into the icy water up to my waist to retrieve sunken boats and their passengers we added our own little safety features :) 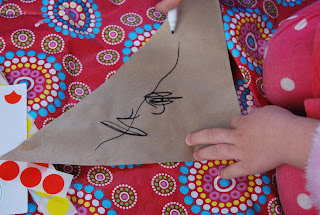 First I cut triangles from our paper bags and the girls decorated them with textas and stickers to make their sails. 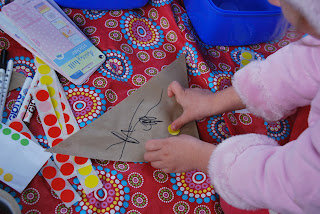 Squeak was very carefree with her decorating whereas Bubble was very precise, using a ruler and taking her time. I love how different their personalities are. 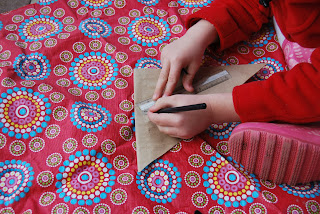 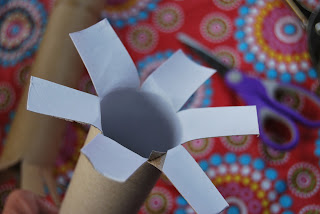 Once their sails were finished we taped them to the paper tubes.
To attach the tubes to the boats we cut slits around the base of each one.
You could either tape the tube to the base of your container using tape or you could tape it to the side as we have below. 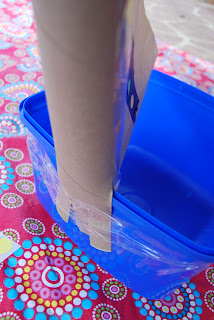 To give our dolls maximum room inside the boat we slid our paper tube over one edge of the container and taped it on both sides. 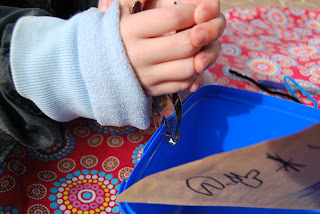 Then we used our hole punch to make three holes; one for the string so the girls could hold on to and pull in their boats, and two on each side for the dolls 'seat belts'. 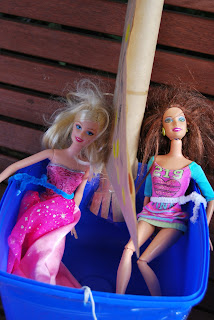 To make the dolls seat belts we tied one end of a pipe cleaner through each of the holes and then left the other end free to be tied around the passenger. 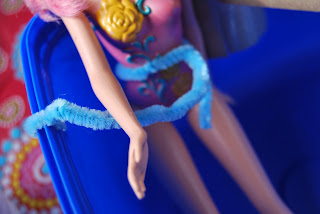 If the boats overturned (which they did regularly!) the dolls were safely tethered to them and could be pulled in. 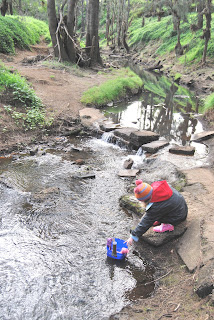 Bubble was frustrated at first to find that her boat wouldn't float with both of her dolls at one end, it would just tip over.
She spent some time changing their positions inside the boat until she had it just right. 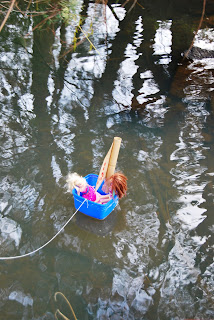 The girls both had a blast floating their boats down the river and pulling them all the way back again. 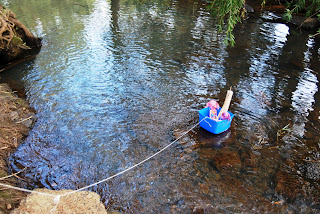 We had a few capsizes but thanks to our seat belts our passengers were safe from the bottom of the river! 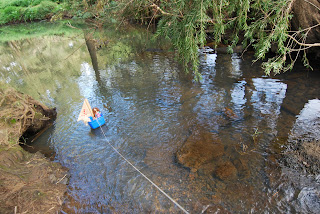