This has been a favourite before bedtime game this last week, and as the days get darker earlier as we head into the cooler months I can only see it getting more popular!
The idea is very simple; we take turns being the hider and the seeker, the seeker being the person who stands outside the door (not peeking ;-D) while the hider hides glow sticks around the room and switches the lights off. The seeker then has to hunt all the glow sticks out of their hiding places.
We count our glow sticks as they are collected and I ask Bubble questions such as "if you have found three glow sticks, how many more do you need to find?" and "how many green sticks have you found now?" to expand on our mathematics skills. We also play a few games using a timer to see who can find the most sticks in one minute during their turn and use lots of preposition hints like "look behind you" or "look on top". 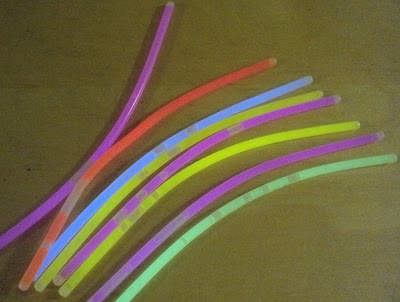 We hid our glow sticks in all sorts of places, some easier to spot than others! 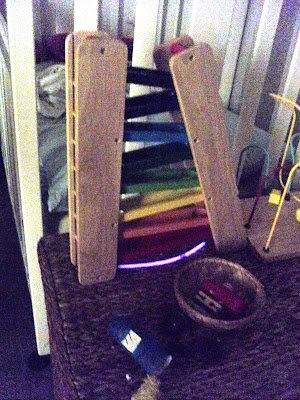 Under large toys so the seeker would have to bend or crouch down to spot them. 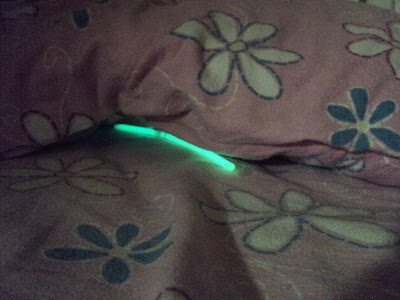 Under pillows and cushions. 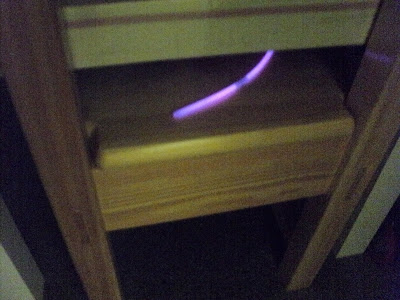 On chairs and under tables. 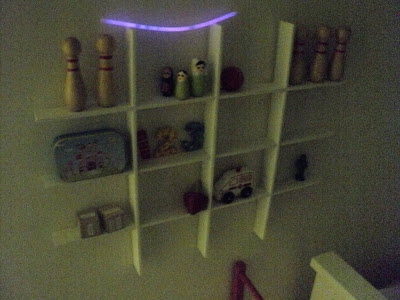 Up high on shelves and mirrors. Bubble hunting out glow sticks armed with her torch. Squeak prefers to hunt around until she finally finds one and then abandons the game to run around waving it frantically in the dark :-D