Here in Australia (and in NZ) we celebrate ANZAC Day today, a national day of remembrance of the Australian and New Zealand Army Corps who fought in Gallipoli during WW1. It is also an opportunity to honour all servicemen, past and present, and their families for the sacrifices they have made (and still make).
The red poppy is often worn in honour of our ANZAC'S, so last night I made some wearable poppies for my girls to use today. They were very simple to make and a very cute way for them to show support, even if they don't fully understand the magnitude of what today means. Our girls are too little to learn about history in any great detail yet (particularly conflict and war) but they are not too young to be grateful for the wonderful country we live in.
On our daily walk today we were lucky enough to come across quite a few ex servicemen in their uniforms and medals, going to or returning from services and functions. Some shook our girls hands, some patted their heads and all of them smiled at Bubble's sincere "thank you for my happy Ansac (ANZAC) Day". 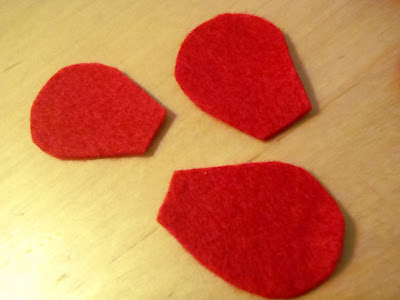 First cut petal shapes from your red felt. I cut five for each poppy clip. 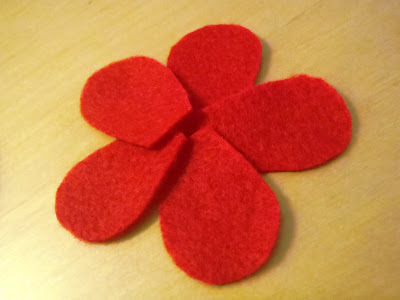 Arrange them into your flower shape making sure they all overlap at least a little and meet in the centre. 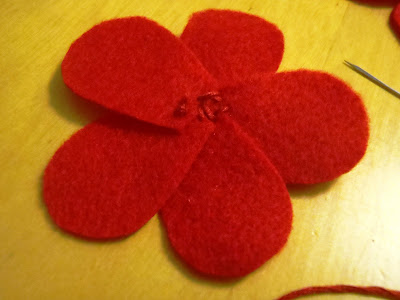 Sew the petals together in the middle using embroidery thread. There's no need to be very neat or make too many stitches (as you can see, I'm a very novice sewer!). 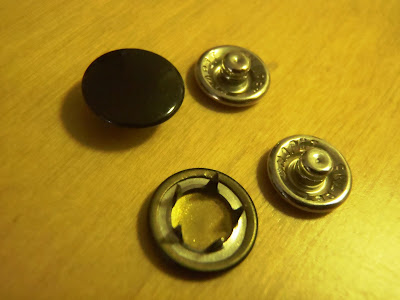 I used black metal press studs for the next step but you could just as easily use a black button, large beads or black felt. 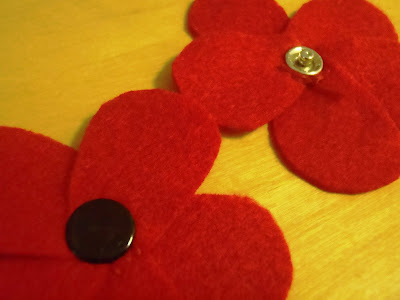 Push through the top press stud making sure all the petals are included in the centre before attaching the bottom plate underneath (I just use pliers to push the two sides together). 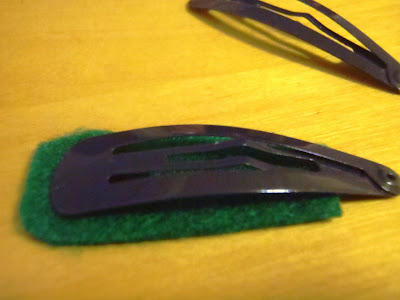 On green felt trace around the end of your hair clip/slide (x 2, one piece for each side) leaving some space around the edge to sew the two halves together.
On one half attach the other side of your press stud before gluing and stitching the two sides onto your clip (if you used a button or bead for the centre of your poppy then sew the flower directly onto the green felt instead). 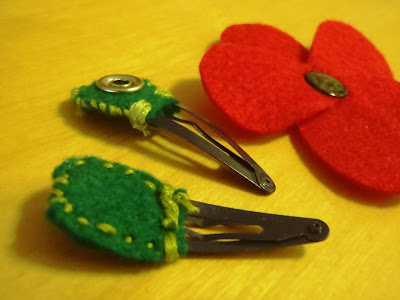 In this picture you can see the two sides of the clips, with the press stud on the top. I glued the felt before sewing it securely, just make sure you don't cover too much of the clip so it still opens and closes. 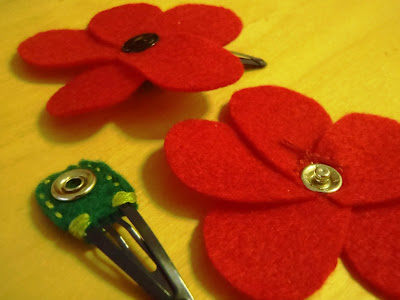 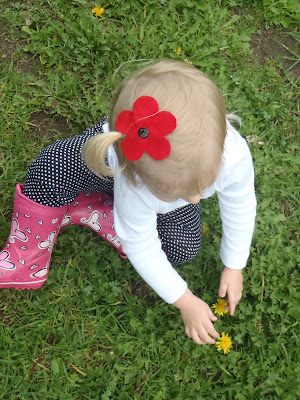 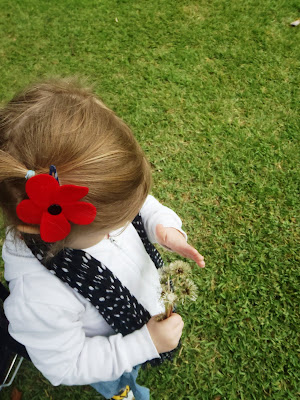 Ode of Remembrance
(taken from Laurence Binyon's poem "For the Fallen")

They went with songs to the battle, they were young.

Straight of limb, true of eyes, steady and aglow.
They were staunch to the end against odds uncounted,
They fell with their faces to the foe.

They shall grow not old, as we that are left grow old:
Age shall not weary them, nor the years condemn.

At the going down of the sun and in the morning,
We will remember them.

Email ThisBlogThis!Share to TwitterShare to FacebookShare to Pinterest
Labels: ANZAC, Hand Made