This activity was enormous fun and something I think we will be repeating again and again. It began as something a bit different for bathtime, but we ended up using these giant icecubes outside as well. The idea is very simple and has been done in various forms 100 times over, I think I'll let the kids choose the themes and toys that get the big freeze next time. 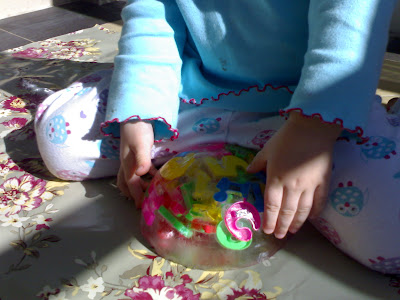 Bubble with a big icecube full of alphabet magnets. We put down a big waterproof tablecloth so we could slide them back and forth to each other and watch them melt. 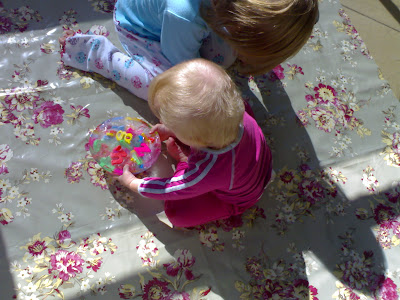 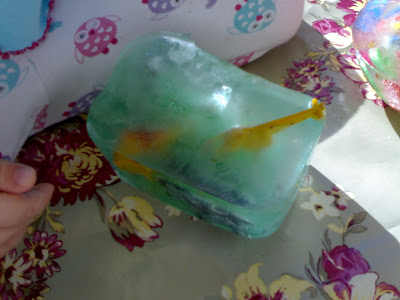 This icecube was full of plastic safari animals. 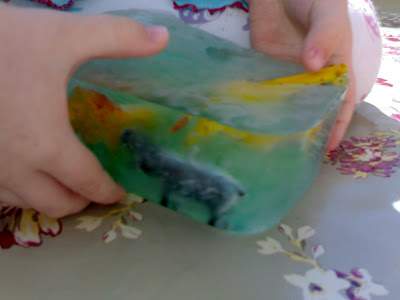 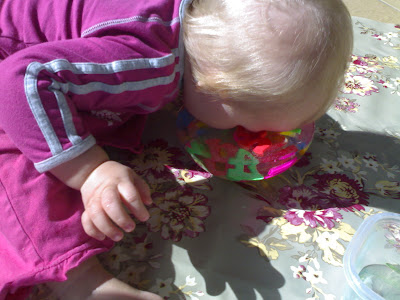 Squeak was so mesmerised by all the colourful letters that she had to get a closer look :-D 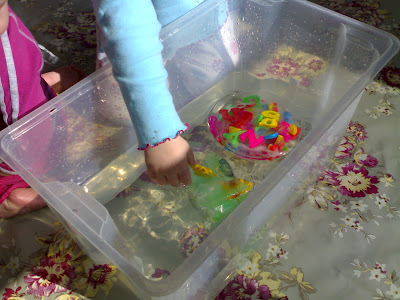 We added a tub of water to make them melt faster and to watch them float. 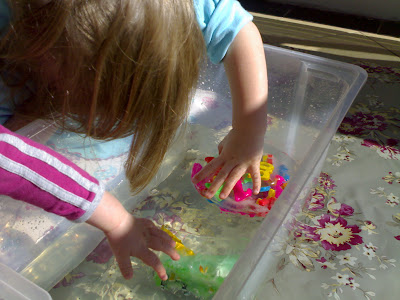 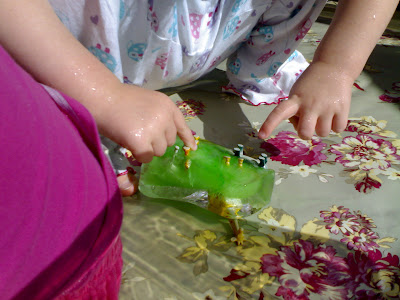 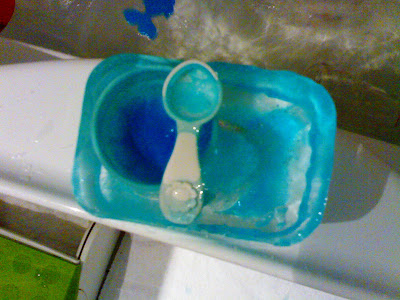 A cup and spoon iceblock that went into the bath at bathtime. I added blue food colouring to make it more interesting and it ended up freezing mostly inside the teacup which gave an awesome effect as it melted.
Posted by Caz at 4:06 AM