This activity was a follow up to the Silhouette Matching game we played earlier in the day. The girls had lots of questions about the animals so we had a fact finding treasure hunt to learn a little bit more about them. 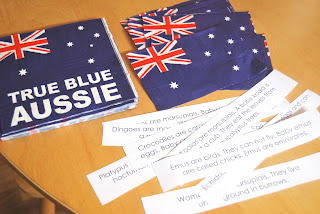 I printed out some fun facts for each of our native animal pictures and cut them into strips.
I also had some Australia Day napkins that I found in Spotlight recently for $1.50/pack which had the flag on them. We cut these up to create some mini flags for our Australia Day treasure hunt. 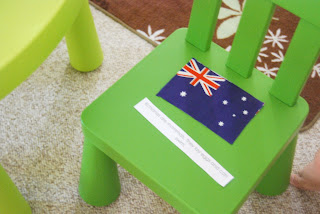 I hid each animal fact with a flag around the girls toy room for them to find. 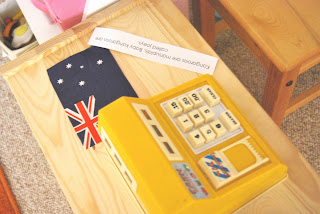 Some were nice and easy for little Squeak to find and others were a lot trickier for Bubble to hunt for. 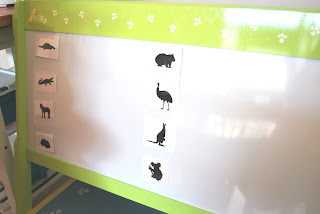 We spaced out our animal pictures on the whiteboard leaving room for the animal facts to go along side. 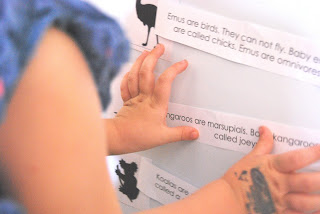 As the girls found each fact I would read it out and they could then match it to the right animal on the board and stick it on. 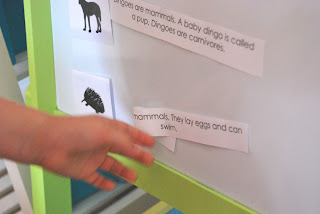 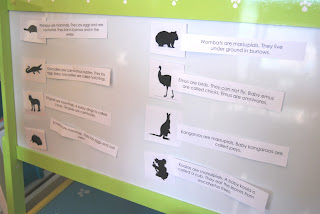 We ended up with a board full of fun facts to learn about each animal.