I found a battery operated childrens mixer at our local supermarket the other day and the girls had a go at making milkshakes with it for morning tea. At first they just frothed up plain milk to drink with their snack, then afterwards I gave them some rice milk we had that had just expired so they could experiment with colouring it using things like cocoa. Neither of them has tasted flavoured milk before so they just enjoyed doing the mixing without wanting to drink the concoction at the end - if your child wants to drink their creation then in date milk would probably be better :-D! 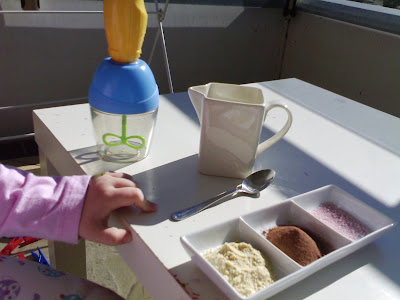 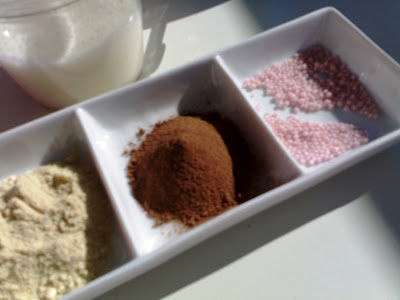 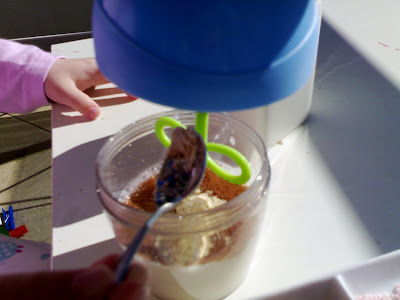 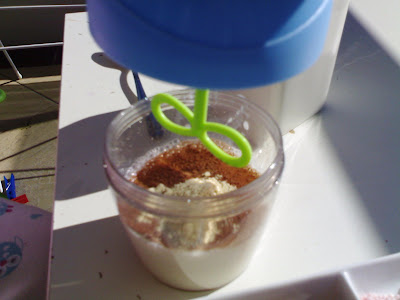 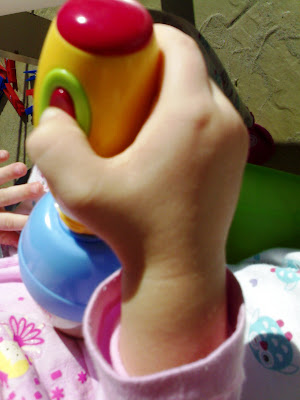 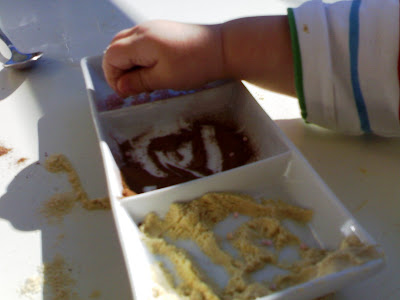 Little Squeak's turn to get in on the action :-) 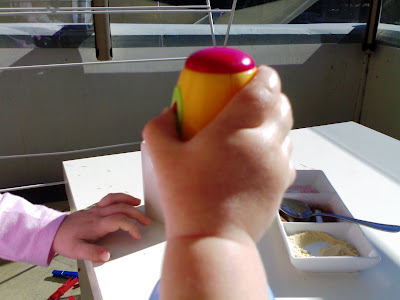 Bubble showed her little sister how to operate the mixer.
Posted by Caz at 7:39 PM