This idea is not mine but a project Bubble found in a new book the girls bought this week called Disney Pixar Cars, Let's Party! The minute she turned the page and her eyes glazed over I knew what we'd be spending the afternoon doing (luckily we have a bit of a stash of wine corks...*cough*).
The rafts were easy enough to make that the girls could do it all by themselves and the end result has provided hours of fun, both in the bath and out.
WE USED: 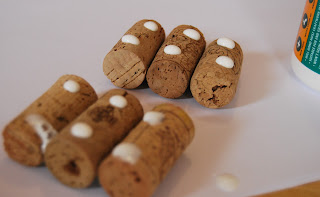 First the girls lined up their corks and put a dot of glue on the top of each one. Make it generous so the pop sticks adhere well when dry! 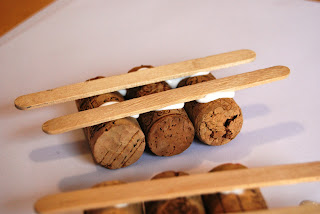 They then carefully selected their pop sticks (very important to get just the right ones ;D) and laid them on top. 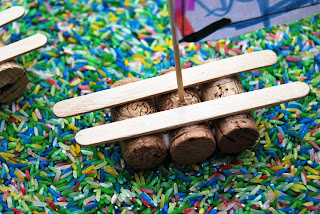 Once the glue had dried (ours took overnight) we had two very sturdy little rafts. They made a sail each by decorating a triangle of paper and taping it to a skewer cut down to size. We then pushed the skewer into the middle cork to finish the raft.
(You could cut the tip off the skewer if you are worried that it is too sharp, our girls were OK with them though). 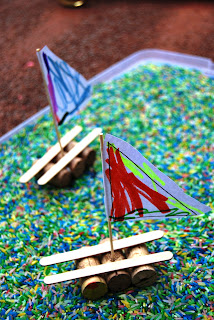 The girls enjoyed testing the rafts out in their rice tray. 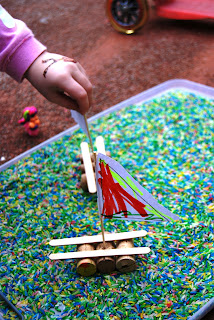 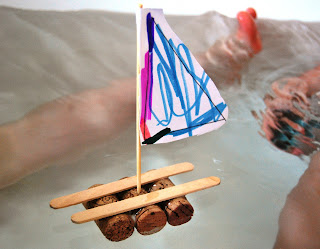 And later on we gave them a go in the bath - they worked great and are currently drying out for round two.