Bubble has an on and off interest in telling the time, she gets very into it and then loses interest again. At the moment we are experiencing a resurgence so I made her this little felt watch while the girls ate breakfast this morning. The hands can be moved so we can use it at some stage to play games etc... but mostly it's just for fun!
Unfortunately the watch face turned out quite dodgy because I was trying to get it done quickly; the numbers aren't aligned properly and I sewed the whole thing onto the band on the wrong angle hehe! Bubble is still quite smitten with it though, so I'll call it a pass :-D
WE USED: 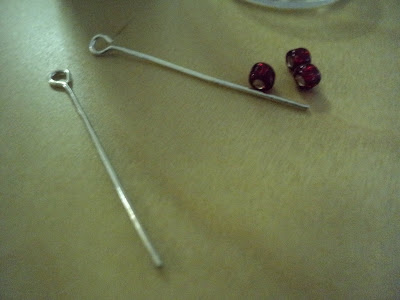 To make the watch hands I threaded a bead onto the end of some jewellery findings and folded them over with pliers to make sure there were no sharp ends and the bead stayed in place. 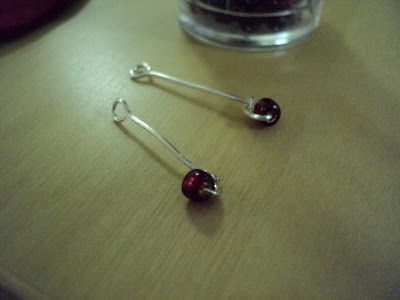 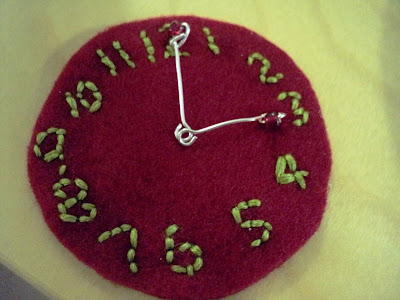 The watch face was created by tracing the top of an empty bottle and then sewing on the numbers (badly, please excuse my terrible sewing! :-D). I cut two of these circles, one for the watch face (which I sewed the numbers to) and a second piece to make up the underside.
Then I laid the watch hands so that the two end circles were stacked in the middle. 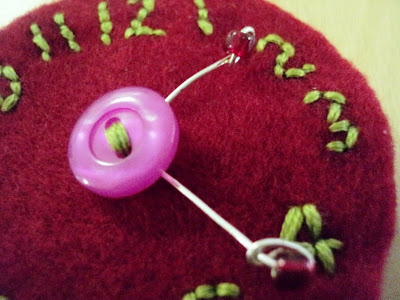 The watch hands were secured by sewing on a button making sure the thread stayed inside the circles of the hands underneath. The big button on top holds them in place but there are no threads to stop them from moving completely around the watchface. 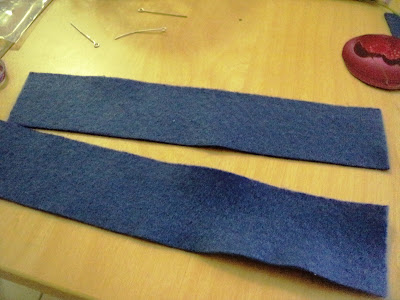 The band was created by simply cutting two rectangular strips of felt the same size. 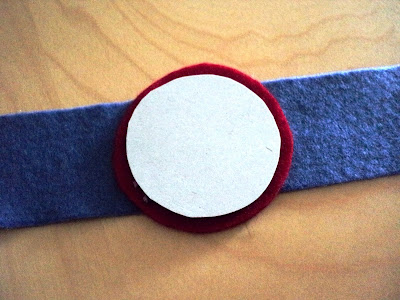 I sewed the blank circle of felt to the centre of one band, then laid a slightly smaller circle of cardboard on top. 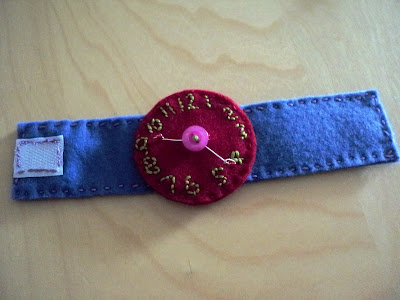 I then sewed on the second circle with the watch face on it. The cardboard in between the two circular layers just gives it some rigidity and shape.
Before sewing up the other side of the band I attached a small piece of velcro (hard side) to one end. 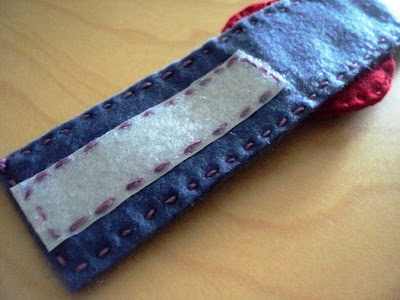 On the underside I sewed a longer strip of velcro (soft side) at the opposite end to the velcro on the top band. Then both bands were sewn together. 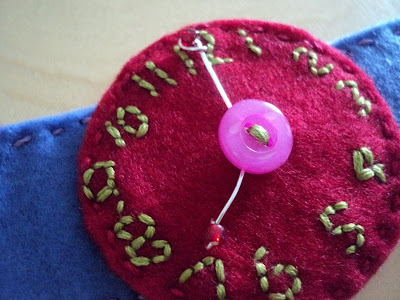 The finished if somewhat lopsided felt watch with moveable hands :-) 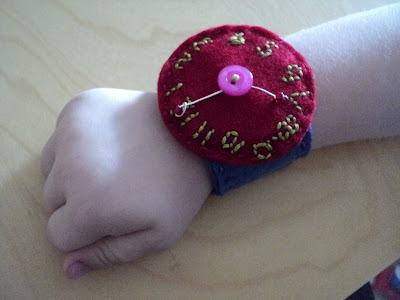