Pin The Spider On The Web

This was a fun little Halloween game to play with the girls that snuck in a little bit of learning as well. I think it will be staying on the wall long after today is over though because they are both enjoying it a lot! 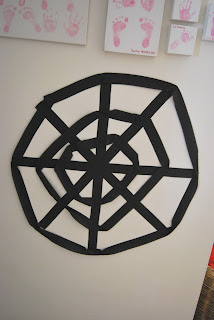 Using streamers and blutac we created a spider web on the wall.
The idea of this game is essentially the same as 'Pin The Tail On The Donkey' but using a web and spiders instead. 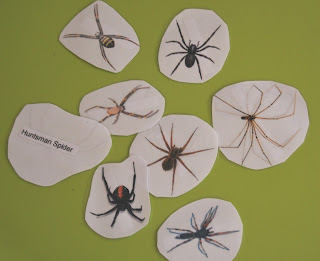 Instead of a generic spider shape I decided to use pictures of common Australian spiders that the girls see often.
I put the spiders names on the reverse side of the picture before laminating them so that we could learn those as well.
We looked at each spider and talked about where we thought it got it's name, how venomous it was (or wasn't), where it liked to live and if we had seen them before. 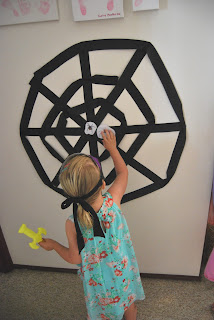 The girls loved being blind folded and spun around before attaching their spider to the web. 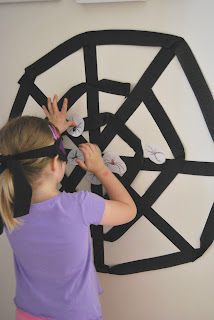 We were trying to see who could get closest to the center of the web. 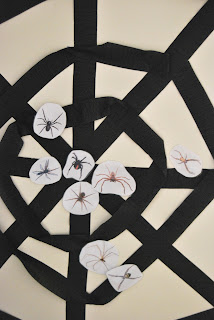