Both Bubble and Squeak are insane about Dora The Explorer at the moment. Bubble has an imaginary friend 'Swiper' who follows us around all day and Squeak delights in yelling 'map!' when we walk out the door to go anywhere.
Today while Squeak had her nap Bubble asked to 'play Dora' so we had to get a bit inventive and ended up using blocks. We don't have any Dora dolls or anything, so two babushka dolls were stand ins for Dora and Diego, a little mat from the girl's dollhouse was Map, a fairy wand was one of the helper star thingys and Swiper The Fox was a yellow block.
We created a little Dora type adventure with different destinations, starting with our Swiper block stealing Dora and Diego's bucket and throwing it all the way over to Gooey Geyser (oh dear!). They had to cross Raging River and work out which log to use to make a bridge, find their way through the maze at Flower Garden and then dodge the bubbles at Gooey Geyser to find their precious bucket - about 100 times over and over again :-D
I'm new to Dora The Explorer and since I put it on when Im cooking dinner in the afternoons Ive never actually watched a show, so please forgive me if the names of things/places/characters are a bit off! 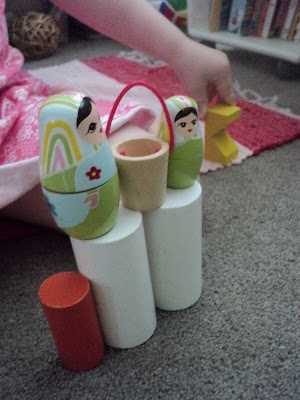 This is Dora and Diego just hanging out on Tallest Mountain with a bucket (as they do), and Swiper the Fox sneaking up behind them. 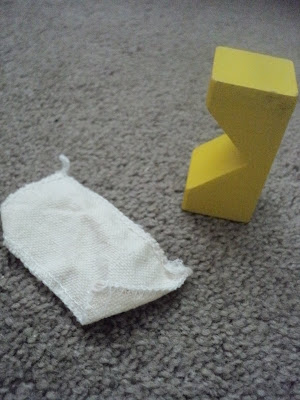 A tiny mat from the dollshouse made a great 'Map' and the yellow block was our Swiper (we thought it looked like him bending over to sneak along). 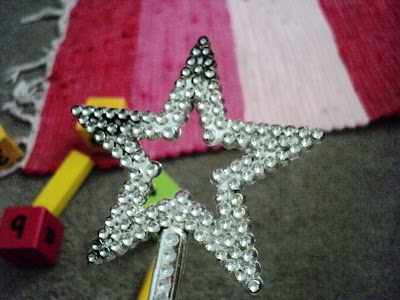 We used a magic wand as the star helpers (no idea if that's what they are called!). 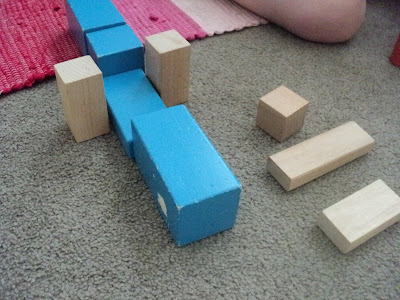 The first obstacle was Raging River. Dora and Diego had to choose between three different logs to make their bridge. 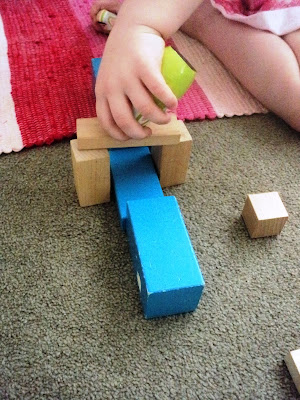 Dora and Diego building their bridge across Raging River. 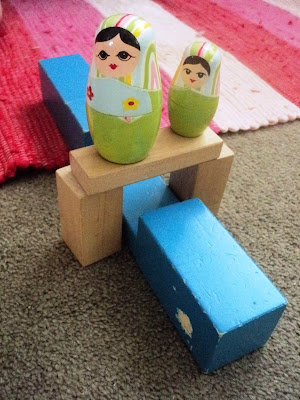 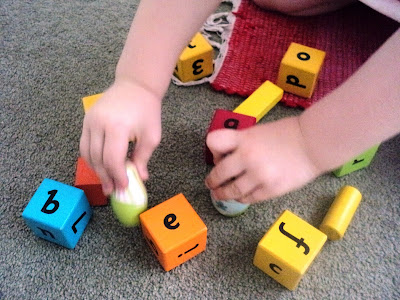 This was our maze through Flower Garden. The colourful square blocks are the flowers and we laid other blocks between them to make a maze. 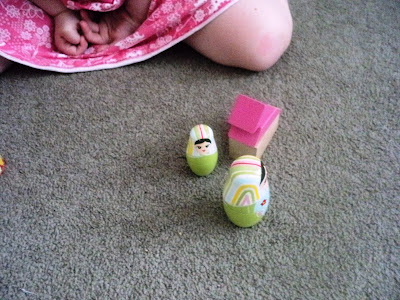 Dora and Diego at the Gooey Geyser. 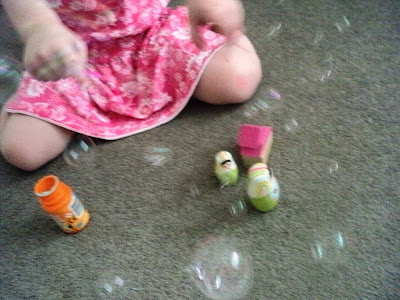 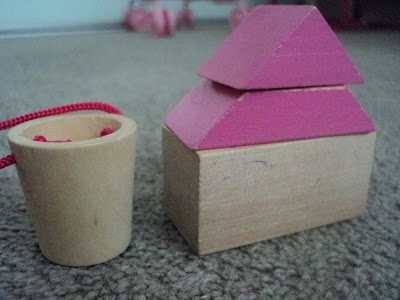 But at least Dora and Diego got their bucket back in the end :-D